Warning: Declaration of EM_Tickets_Bookings::get_default_search($array = Array) should be compatible with EM_Object::get_default_search($defaults = Array, $array = Array) in /nfs/c01/h01/mnt/13167/domains/wigwameconomy.com/html/wp-content/plugins/events-manager/classes/em-tickets-bookings.php on line 7
 Airbnb Regulations Getting Convoluted Fast | 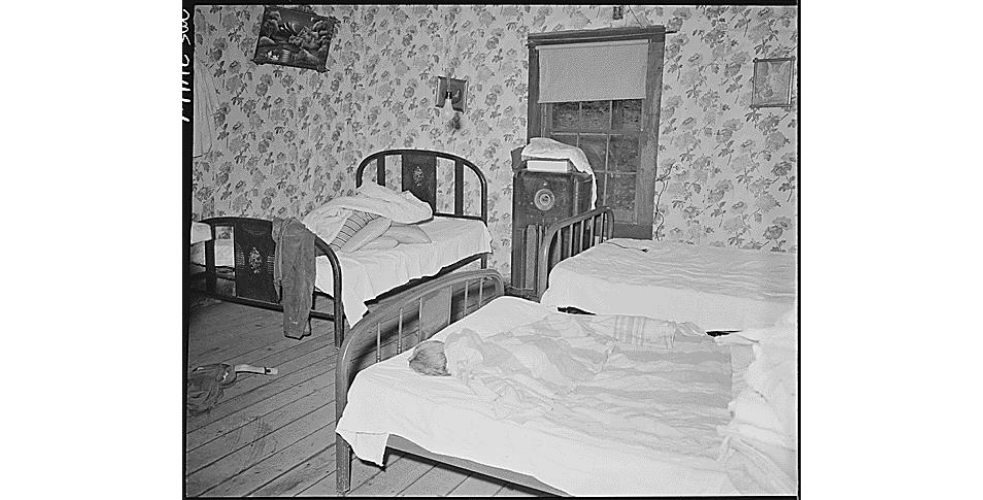 Meet Homeowner Example A, a family with a nice three-bedroom house in Beacon. They also have a vacation home in the Berkshires. On weekends when they head north, they rent out their Beacon house to tourists via a listing on Airbnb, using the extra income to splurge at Smokers Mecca. 271 feet away is Homeowner Example B, who also has a nice three-bedroom house in Beacon. The owner lost her job last year, and is currently not quite getting by with some freelance work. To help make ends meet, she stays on a friend’s sofa one weekend a month and rents her house out to tourists via an add on Craigslist.

Then, after months of tortuous debate and consideration, Beacon passes a “tourist home” ordinance, that weird term being used as a kind of euphemism for Airbnb-style short term rentals. Homeowner A hears about it from a friend at City Hall and applies for a permit on the first day. Homeowner B does not. Oh well, no more extra income for Homeowner B, because the new regulations stipulate, among other requirements, that no tourist home may be located within 500 feet of another tourist home.

Except wait. It turns out Homeowner A is disqualified, because the law stipulates that there must be a driveway with room for two cars, and they tore theirs out to plant an herb garden and some nut trees. (Using parking to determine number of rooms allowed to rent is apparently being based in part on the theory that people feel a sense of ownership about the public on-street parking that exists in front of their home, and neighbors would be ruffled if tourists park in “their” spaces. Unfortunately, feelings are not legally recognized in determining property ownership.)

Well, at least the permit now goes to someone who could really use the extra income. Except wait. Someone else 489 feet away in another direction signed up before Homeowner Example B was informed by the city’s full-time tourist home administrator that she was now eligible for a permit.

But wait, the person 489 feet away can only rent out when he is away on business trips, and you have to be home to rent out. So again back to our Homeowner Example B, the woman who can use the extra income. But now she has to stay home under the new regulations, and since she has three bedrooms, the code stipulates she can only rent one, making the scenario a lot less attractive to potential tourists. Because of the new zoning, most people now go to listings in Cold Spring and Newburgh, which do not regulate these types of rentals. Finally though, she gets a booking. Hurray!

If the city actually attempts to enforce the code,
it will create a bureaucratic nightmare.

But, oh no, the tourist uses the microwave! Bad enough that city council member Charlie Kelly finds out and comes over for oatmeal, but the building inspector gets wind of it too, and shows up, not for breakfast, but to revoke her tourist home permit.

All of the above regulations are under serious consideration. And there are more. Let’s not even get into how the city will keep track of the regulation mandating how many consecutive days people can rent rooms out. The discussion began in earnest at the last council workshop, and at the end of that meeting, most council members appeared supportive of most of the regulations in the example above. The process is due to continue at the next scheduled workshop.

The idea of Airbnb is that anyone can earn money from their home, not a highly restricted subset of people based on distances, parking, whether they will be home, etc. Not only will this kind of regulation stifle the business in a way unfair to many residents (and no doubt turn some of them into scofflaws), but if the city actually attempts to enforce the code, it will create an enforcement and bureaucracy nightmare. It seems a better idea to just ignore these rentals, rentals which also allow people to experience the city in a more intimate way and for less money than a hotel or traditional bed and breakfast.

Or at least try controlling it with a lighter touch. For instance, a yearly or bi-yearly permit could be issued, similar to a dog license. Each resident would only be able to obtain a single permit for an address in Beacon, which would help eliminate owners of multiple single family homes turning them into constant short term rentals.

Like a dog license, this would be a voluntary registration process, though by applying for a permit an owner would be subject to a building inspection, and failure to have a permit while engaged in this kind of rental could subject the owner to a fine. Two bona fide complaints related to problems caused by a rental would result in the permit being revoked. This would help address the fear that neighborhoods will be inundated with rowdy weekend guests. Though of course there are already laws on the books to deal with problems like that.

The great majority of people who dabble in short term rentals are not trying to make a living from it, but these minimal regulations would, if necessary, allow the city to go after anybody egregiously abusing the practice, while still allowing most residents to participate without going through an overly complicated process, which is a burden on both parties. Right now, according to building inspector Tim Dexter, there are “dozens and dozens” of these rentals on the market in Beacon through a number of sites both local and national.

The law of averages would likely see these tourist homes more or less equally distributed in haphazard fashion throughout the city, while the laws of the marketplace would take care of any overabundance.

Variation on a Theme

Although the idea that businesses like Airbnb are somehow automatically socially responsible and benign and part of the sharing economy is ridiculous—from a business standpoint, this is still about concentrated wealth, about a handful of folks who stand to make billions—it does allow people to save money when traveling. More importantly, it gives people in our local economy an opportunity to make extra income, at least while tourism still has legs.

When my mother was growing up in Flushing, Queens in the 1930s and 40s, her parents rented out bedrooms on the second floor of their single family home on Holly Avenue. My mom and her brother and sister slept in the attic. (A family story involves my mother’s feet popping through the ceiling on one occasion, startling Mr. and Mrs. Brown in the bedroom below.)

It was a common thing to do during the Depression. When renovating a house in Beacon a few years ago, I found evidence of an upstairs kitchen, and, when replacing a window, signs of a doorway that led to a long-gone outside staircase. I also had roommates at this house almost the entire time I lived there. And I rented out the whole house when I was living elsewhere for a stretch. Airbnb rentals are just variations on this theme.

It’s probably not coincidence that the kinds of business concepts represented by companies like Uber and Airbnb, companies that allow people to make money from underutilized resources, are coming into being during lousy economic times. Which also makes me think we would better spend our city council meetings discussing ways to rebuild a true local economy rather that trying to stuff things back in bottles.

One Response to Airbnb Regulations Getting Convoluted Fast