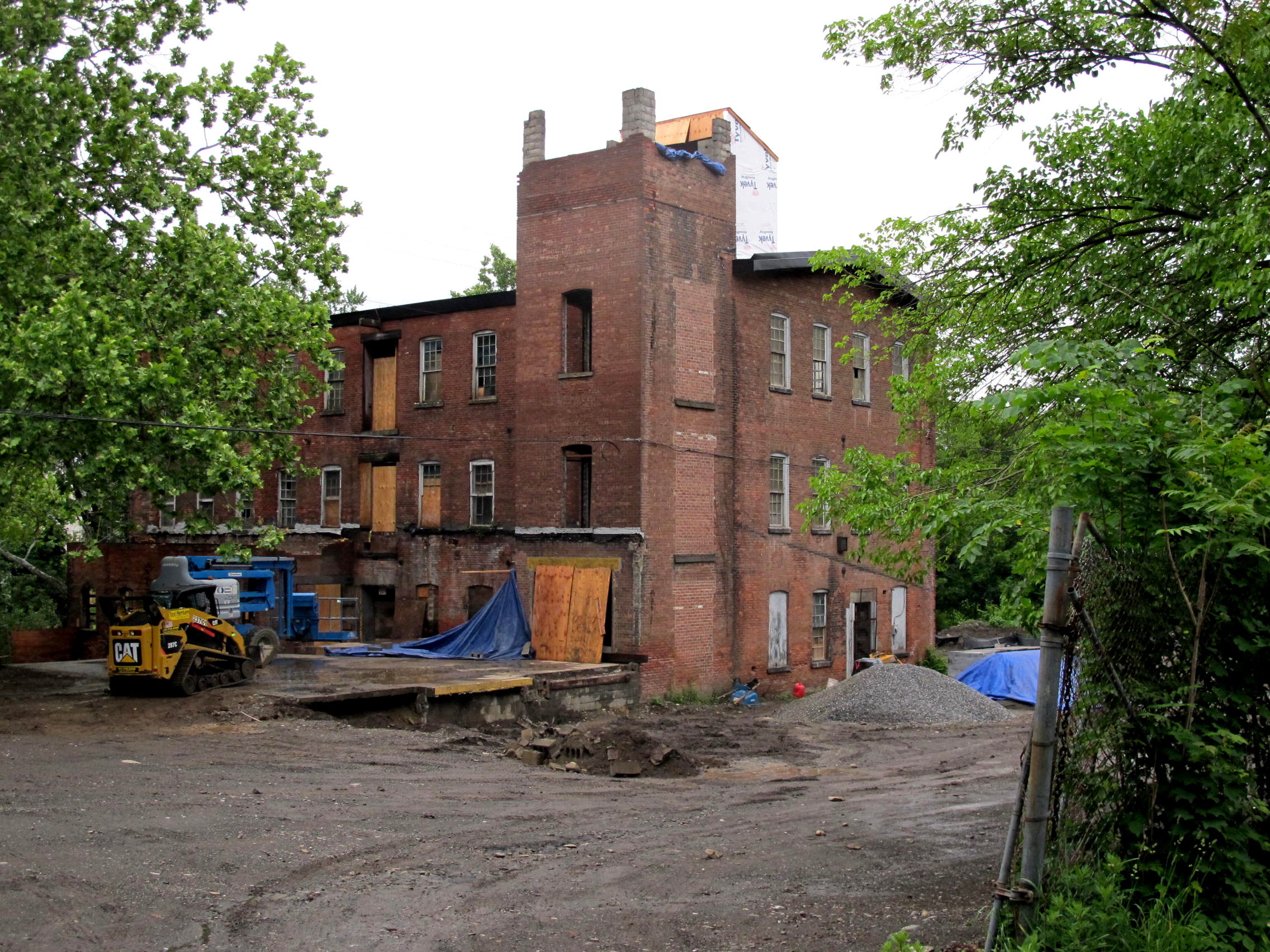 The plans for a total of 62 new residential units on Churchill Street on Beacon’s east end are on the fast track, with the zoning board of appeals, the planning board, and the city council all granting support, variances, and approvals. The 1.9-acre parcel known as Lot #1 is set to include construction of Beacon’s first building over 4 stories since the Forrestal Heights apartment complex in 1969. It will also feature a smaller 4-story structure, while Lot #2 will consist of 6 luxury loft apartments to be created in an existing factory building.

While We Were Sleeping

This development is far from the only project wending its way through the various city agencies—there are in fact almost 500 such units in various stages of the approval and design process at the moment, with a large majority, including the Churchill Street project, falling along the banks of the Fishkill Creek.

Some citizens may think these developments are just what the doctor ordered (obviously to a man and woman everyone on the various boards and the city council does). Some may have concerns. Many citizens may simply be unaware of the plans going on. Even those who know of all the various projects have sparse information on which to form an opinion.

Among the many red flags that all this development is waving for us to look at—and there are plenty—the lack of information is disturbing. Not only information about how these projects might impact the lives of citizens current and future, but also, even more fundamentally, the almost non-existent public notice given for the various meetings where major decisions about the future of the City of Beacon are being made.

For example, the developer of the Churchill Street sites, Weber Projects III, LLC,  sought relief on Lot #1 from the 35-foot maximum building height allowed in the General Business (GB) zone, where the parcel is located. This required an appearance before the Zoning Board of Appeals (ZBA). The meeting was held on the evening of March 17th (which, as some of you may know, is St. Patrick’s Day).

Letter of the Law, But Not the Spirit
of the Comprehensive Plan

As required by law, the City took out a classified ad in its paper of record, the Poughkeepsie Journal, and sent letters to all property owners within 250 feet of the parcel. And that’s it, end of story, the legally required minimum public notice. Four of the seven ZBA members managed to make it, along with a couple of nearby property owners. This was for a decision that would involve  a building going up in the heart of the East End that will be 50 percent taller than allowed in the GB zone.

We’ll take a closer look at the zoning board of appeals’ decision in the next post, along with a look at the city council’s subsequent decision to grant a special use permit. We’ll also look at other key issues involving not only this project on Churchill, but the other developments around the city. Today is about asking the City going forward to make a true effort to engage the public more fully in the planning process.

There are any number of ways to accomplish this. First and foremost would be to reinstate the Beacon Free Press as the paper of record for the City of Beacon.

The previous council and city administrator switched over to the Poughkeepsie Journal, with the main rationale being that, since it was a daily paper, there would be no chance of missing a news cycle. This is unlikely with 95 percent of city business, since planning board and zoning appeals meetings are monthly, and agendas for most development matters undertaken by the city council are known well enough in advance. The city could still use the Journal as well. (It appears the Beacon Free Press is still the paper of record for the Town of Fishkill.)

Second is to make sure the ZBA meetings with agendas are posted on the city website, along with minutes. Training for this is apparently in progress, but it was not in place at the time of the St. Patrick’s Day meeting. Putting a synopsis of the agenda of planning board meetings or city council meetings into one of the slides on the website front page would also be helpful.

Here are some other suggestions from our key document developed by the public to guide us in these matters, the City of Beacon Comprehensive Plan. While this document is by its nature flawed and, by its own requirement, past due for an update, this general advice is key to the democratic process. (We’ll also be looking at the Comprehensive Plan, designed to be dynamic and changing and constantly at hand. Unfortunately it has become so static and dusty that the new city administrator was unaware of its existence.)

From the City of Beacon Comprehensive Plan:

Goal: Encourage meaningful public participation in local decision making through broad dissemination of clear and pertinent information. The identification of the human consequences of alternative public actions, including identification of positive social and cultural values to be preserved, as well as social costs and benefits of alternative courses of action must receive wide exposure so that those who are affected have an understanding of such factors and the opportunity to express their views as a part of the decision making process.

A. Dissemination of Information

Information on planning decisions should be made available through a wide variety of channels: the local press and communication systems, the schools, and through various religious, health, social and club organizations, the internet and through annual ‘town meetings.’

Next: A look at the variance granted by the zoning board of appeals and the city council’s decision to grant a special use permit for Lot #1.

Feature photograph: A view of the existing factory building on Lot #2 from Creek Drive (the sign says Creek Rd.) It gets a tidy-up in preparation for being converted to 6 luxury loft apartments.

One Response to Beacon Approves First 5-Story Building
Since 1969