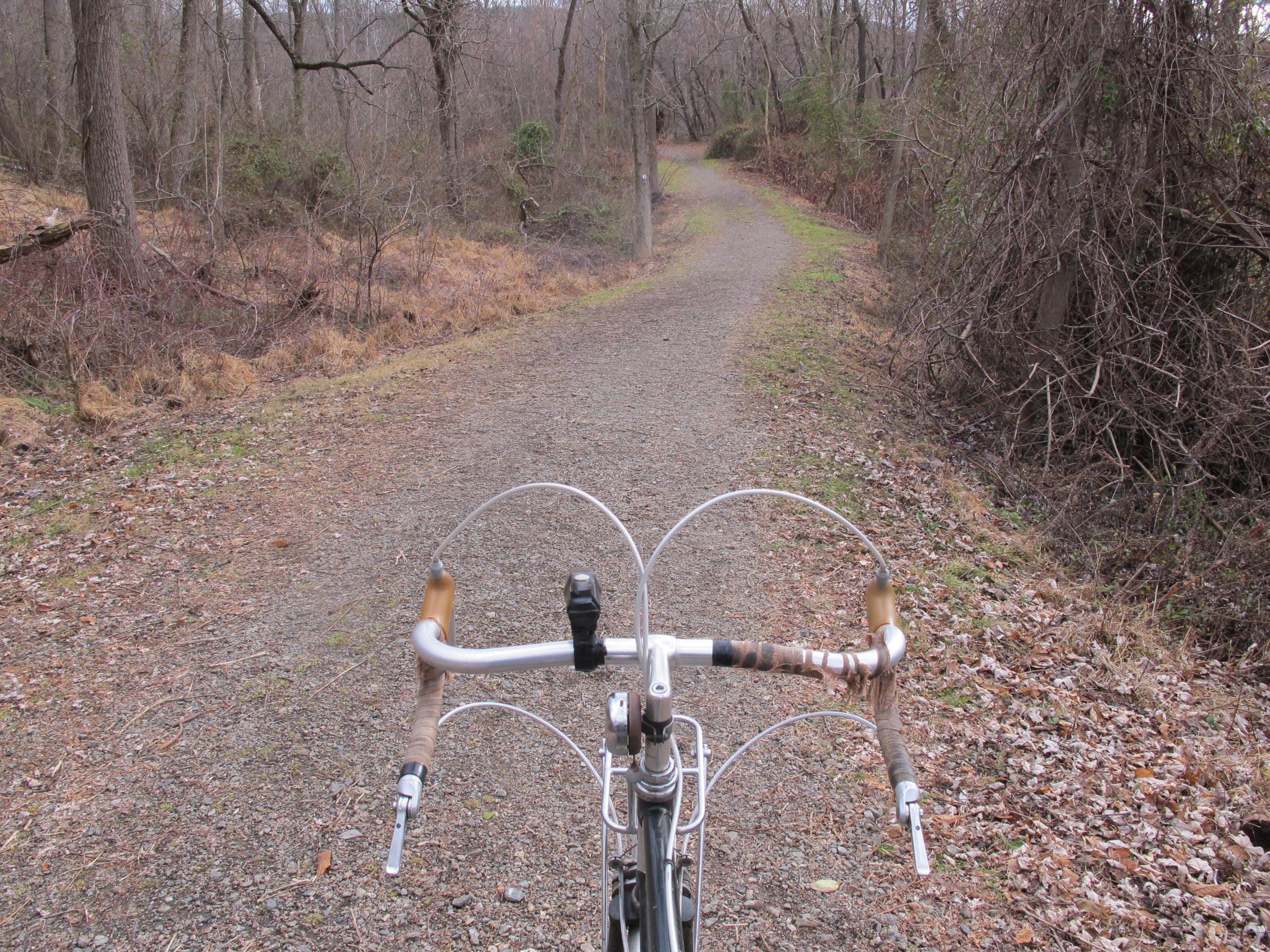 I particularly enjoy going for a bike ride on the “indoor” holidays like Thanksgiving and Christmas. One of the few bike blogs I read with anything approaching regularity recently had a well-wrought description of this phenomenon:

I’ve always had mixed feelings about Christmas celebrations. But the one thing I like about this time of year, in particular Christmas eve and day, is the stillness. In countries where the holiday is a big deal everything comes to an utter standstill. It’s not just that the shops are closed and the streets are empty. It’s the preternatural energy around all that closure and emptiness. It is as if time itself freezes, the Pause button pressed on some giant remote control that affects everything and everyone—save for a few stray individuals making their way down empty, windswept roads. And at times like these, boy does it feel fantastic to be one of those individuals—out and about on a bicycle. The landscape is wound so tight with stillness, it practically vibrates. The absence of activity is a heavy presence in of itself, and on two wheels I feel myself slicing through it like a knife through a block of marzipan. It feels eerie and comforting at the same time—as well as surprisingly, delightfully festive. Here is wishing everyone a magical cycling experience over the winter holidays!

I don’t get out much for purely recreational rides these days, but I do manage to ride the Beacon Loop Trail, or parts of it, at least once a week. That is one of the things about this trail that make it more than just a Sunday diversion. It doesn’t only serve as a tootling loop from nowhere to nowhere, but can be used to get from here to there, with some side benefits. These include avoiding auto traffic and more gently graduating the change in elevation from river to town.

The portion of the trail that is Main Street was indeed devoid of traffic and “wound so tight with stillness” on Christmas day in the morning. Once I sped down the hill toward Long Dock and transitioned to the Klara Sauer Trail, I did come upon several groups of holiday strollers. From there it was on to the Loop’s pièce de résistance, the recently constructed Dave Miller Connector, linking Dennings Point with Madame Brett Park.

The trail is drenched in history. Dennings Point is where Alexander Hamilton wrote down ideas that would form the basis for the Federalist Papers, and later was a place where the industrialization of the United States played out in microcosm. Madame Brett Park is the site of an old hat factory, where Beacon residents, including Dave Miller, once worked. It was also near where Catheryna Brett’s husband Roger took a boom to the head and died, an event that, along with her position in society, gave her an autonomy to express her talents that very few women of the time were permitted. The Brett’s water-powered grist mill was built on this site in 1709. Tioranda Avenue runs along the same course as a trail used by local Native American tribes, who also had seasonal encampments in that place on the creek. (There is a professor at Columbia University who takes his students on a midnight bike ride as part of his History of the City of New York course. An enterprising history teacher at Beacon High School might consider a bicycle trip around the Loop to give students a hands-on lesson in Beacon’s—and the nation’s—history.)

Click on a photo to start the slideshow. Click the x in the upper left hand corner to exit. 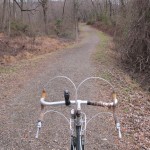 Just off the paved Dave Miller Connector, the trail runs for a couple hundred yards through the woods. 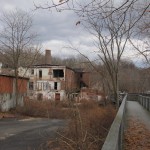 Then it becomes a walkway that hugs the side of the old hat factory ruins. 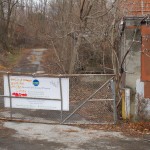 Within the ruins is a makeshift skateboard park. 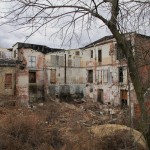 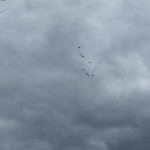 A flock of birds crosses over the creek. 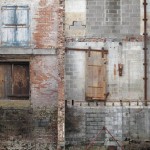 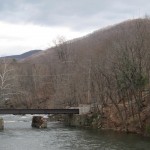 A view of the remains of the South Avenue Bridge, with Mount Beacon in the background.

Looking back from the walkway, toward the spot where Roger Brett is said to have met his demise. 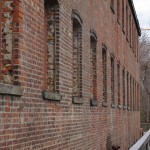 The old hat factory was built right on the creek. It was the workplace for over 200 citizens in the 1940s. Assuming the financial system doesn’t crumble before it does, the novel plan is to turn this shell into lofty condos.

A bicycle that I passed on to a friend, who often rides it down to the park and then goes for a run. 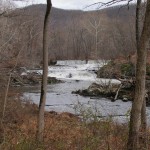 Looking up creek at the Sucker Falls Dam. The sluice that once directed the water energy to the factory is on the left, western, bank. 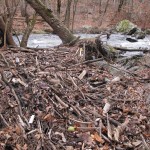 You can look at this as our own Pacific garbage patch or trash vortex, or as a naturally formed filter that catches lots of plastic stuff. 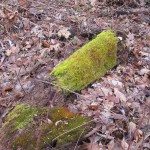 Some plants don’t have an off season. 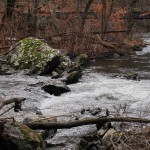 The little spit of land just south of the Sucker Falls Dam that is purported by some to be the original Melzingah, where Native Americans held council fires. 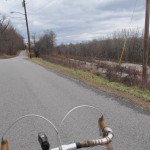 Tioranda Avenue, heading back to town, with the creek and the mountain on the right. There is currently a large development plan for this spot winding its way through City Council and the planning board.

One Response to Beacon Loop Trail on Christmas Day