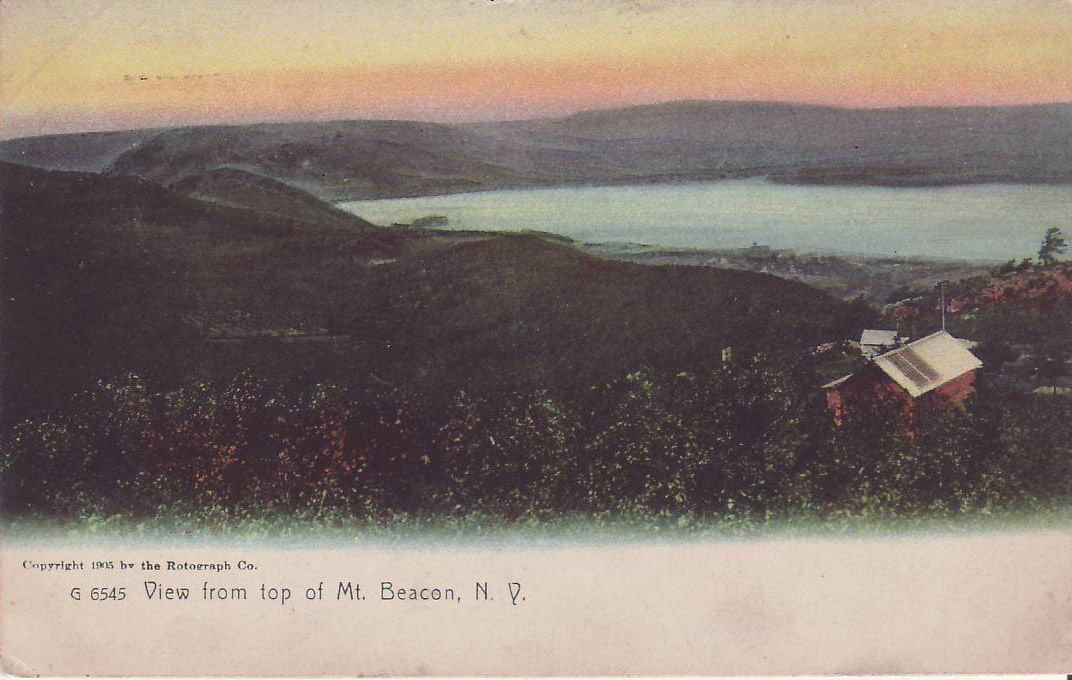 Beacon: The Next Hundred Years

2013 marked one hundred years since the villages of Fishkill Landing and Matteawan incorporated to form the City of Beacon. Other notable entities coming into existence that year included Grand Central Station, and Ebbetts Field, home of the Brooklyn Dodgers. Also in 1913 Henry Ford, facing overwhelming demand for his Model T, implemented the world’s first assembly line. Lincoln Highway, the country’s first paved coast to coast road, was completed, and the first drive up gas station opened, in Pittsburg.

There were many coal mine explosions in various places around the world. The Mona Lisa, stolen from the Louvre in 1911, was recovered in 1913, and the New York Armory Show introduced Picasso, Mattisse, and Duchamp to the U.S. that year. The first modern elastic brassiere was patented, and the Philadelphia Athletics beat the New York Giants four games to one in the 10th edition of the World Series. World War I would start the following year. Pete Seeger was negative six years old.

One hundred years seems like a good long time—most of us won’t make it that far, falling short by a couple of decades or so. It’s roughly four human generations. A lot happened in the world and in Beacon during that span of time between the early twentieth and the early twenty-first centuries, including the peak of industrial civilization. But from the point of view of the old mountain to the east and the river that flows both ways on the city’s western flank, all that hundred years full of human labor and love and folly was nothing more than a mere few frames of existence on time’s reel, a faint sigh of wind in the treetops or the lap of a wave on riverbank pebbles.

What’s in a Name 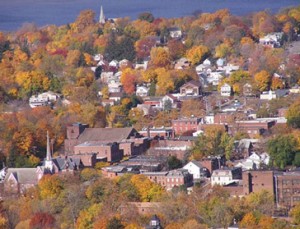 Back in 1913, the citizens of Fishkill Landing and Matteawan had to agree upon a name to call the new city they would become. They took a vote and it was determined that the two combined villages would be known thereafter as Melzingah. According to Evan Pritchard, Professor of Native American history at Marist College, Melzingah (also Melzinger) was likely a Dutch mnemonic to remember the Wappinger name for the small island below Suckerfish Falls at Madame Brett Park. Native Americans held council fires on the island, where a powerful Maysingweh, or tree-place spirit, dwelled. Pritchard, in Double Dutched: The Puzzling State of New York’s Native American Place Names, explains how Maysingweh may have become Melzingah:

Zinger means “singer” and mel could be a version of mull, which is mill in Dutch, or a Huguenot word for honey, mel. It evokes an image of a honey-haired Dutch maid singing sweetly while working at the mill.

Soon after the new name became public, newspapers down in New York City published articles ridiculing the choice. Another referendum was called, and this time Melzingah lost by a narrow margin to Beacon, a reference to signal fires on the mountain lit to warn of British troop movements during the Revolutionary War. Today Melzingah exists as the name of a dam, a reservoir, and the local chapter of the Daughters of the American Revolution.

Matteawan. Wappinger. Melzingah. Tioranda. Poughkeepsie. Shawangunk. What do these place name echos from a people who lived here before us have to do with ringing in the new year? Pritchard writes in another book, Native New Yorkers, The Legacy of the Algonquin People of New York:

Wherever you live, you owe it to yourself to know the history of the land…and who lived there before. How did it come into your possession? The spirit of the people before you is still there in some sense…

As we put centennial celebrations behind us and step into 2014, we might think about not just the year ahead but the coming hundred years. Are we up to the task, or do we need some guidance from the spirit of the people here before us? Industrial civilization is not particularly noted for its foresight, but in Native American culture it was common to take action based on how it would reverberate through the generations not yet born.

Practicing this tenet helped the Algonquin civilization of the Hudson Valley last a very long time—without trashing the place up while doing it. Archeological digs have unearthed 5,000-year-old remains and artifacts at Madam Brett Park, and wigwams still stood on that spot until 1648.

How much we voluntarily choose to change and how much is forced upon us by the realities of our planet remains to be seen, but there can be no doubt the party supplies are running out. Certainly the people of the next century will not have the enormous amounts of energy at their disposal that those of us living in the previous one hundred years enjoyed.

There will be other non-voluntary changes as well. The latest sea level rise projections for the Hudson River are 7 to 12 inches as a central range by the 2050s. Those figures become 19 inches to 29 inches if we see a more rapid ice melt. The changing climate will bring warmer temperatures, species loss, and more intense rain events to the Hudson Valley, which will affect, among other things, food growing practices.

And then there is the economy. It is as likely as the invention of a perpetual motion machine that our economy can defy the laws of nature and continue to grow without end, especially without the cheap energy inputs we’ve built it on. Evidence of this failure is already everywhere you care to look. It will make sense to bear these future conditions in mind as we continue to plan and develop and do business in our city and the region.

In Native New Yorkers, Pritchard relates Micmac storyteller Ken Little Hawk’s tale of a young half-breed boy who begs his full-blood grandfather to teach him to be an Indian. The grandfather brings the boy to the edge of a lake and gives him a big stick and tells him to stir it all up—the water, the sand and stones and plants in the water:

The boy, being a boy, was happy to do so, and soon the water was a cloudy mess of leaves and mud and sand whirling around. The boy stepped back to admire his work.

After a few moments, the grandfather tells the boy to put everything back exactly as it was.

The boy sat down and cried “I cannot do that! It can never be the same! I thought you were going to teach me to be an Indian!”

The boy was on his way to learning an important lesson: The power to change things that comes with being human must be used responsibly—you cannot simply put things back as they were.

Which means nobody needs to make a New Year’s resolution to live in a wigwam for 2014. But before we proceed to further stir the waters, we may want to pause and take a hard look at what’s actually going on in the world and try to base our actions, both individual and communal, in part on how they might affect the generation living one hundred years from now.

That is, if there is one. As Mr. Seeger, now a tribal elder at positive 94 years old, is fond of saying, “If the human race is still here in a hundred years, it will be because of lots of people doing lots of little things.”