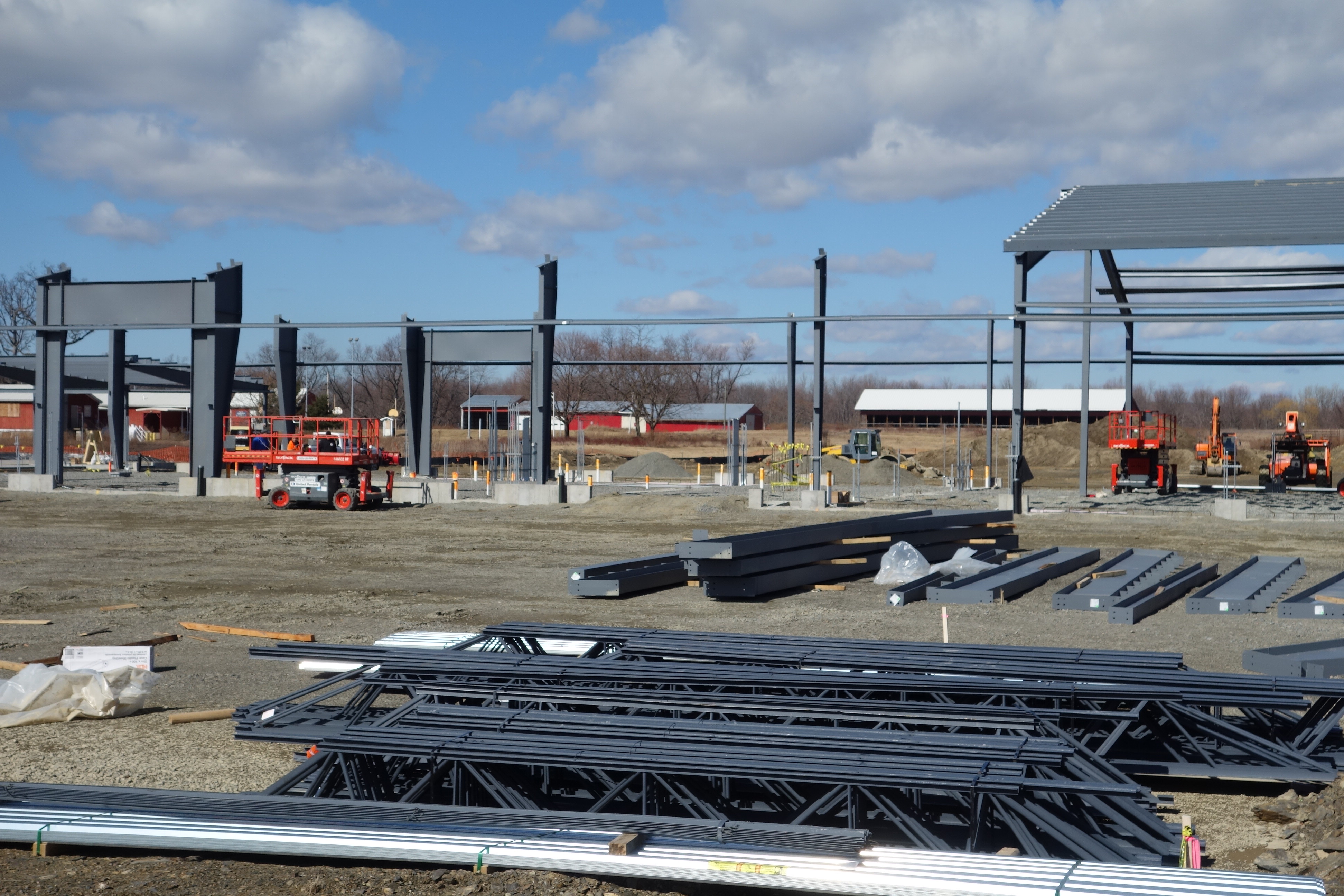 It’s been fifteen years since the Beacon High School building was completed, and twenty since that great public works edifice, the Municipal Building, was dedicated in 1996. Now, rising smack in the midst of several hundred acres of former prime farmland, comes the latest structure paid for by the citizens of Beacon (we won’t count the new parking lot, since it is not technically a structure). In fact, due to the mild winter, the ten-million-dollar highway garage is ahead of schedule.

Being a curious taxpayer, we went for a little look-see to find out what you get these days in highway garage for ten mil (we prefer the British pronunciation with any “garage” costing over $2,000,000. Try it! It goes down much better! Seriously. Click the link. We’ll wait.) The site of the new garage (where, bonus 2 for 1, equipment can be not just parked, but fixed as well—Jolly good, that!) is on Matteawan Road, just past the “new” high school and before the prison.

As you may recall, things got off to a bit of a mushy start, when costs escalated rather dramatically due to—whoops, didn’t see that coming!—the foundation being built on more or less wetlands, negating much of the savings claimed by moving it from the original proposed new site, where it was apparently going to be more costly to hook into the water and sewer systems. Do not forget, however, that at the new new location, response time for snowstorms is estimated to be several minutes faster. And we know how critical that can be! (Just be careful not to plow down any of the kids walking to the high school or Rombout middle school.)

We are of course heartened that the mayor has guaranteed the garage for 100 years, which is more or less how long the last one lasted. Though we worry it might become obsolete a bit before its time since, like everyone else, we fully expect to be getting to Walmart and such in our Google self-driving sunshine-powered hoovercraft in the next ten or fifteen years, so who needs salt? 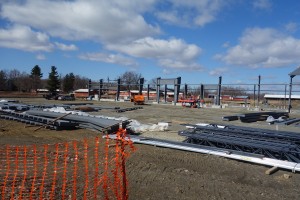 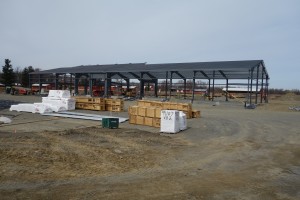 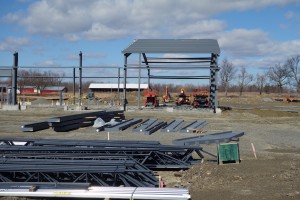 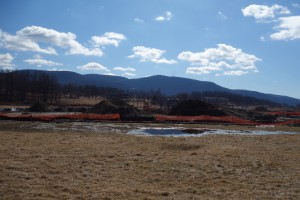 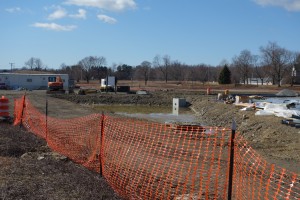 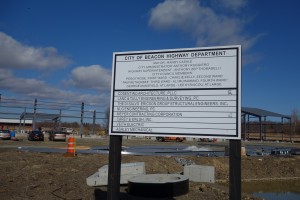 No doubt the question of what to do about the highway garage was kicked down the road and ignored for some time (after all, we were shelling out for a new city hall and a new high school.) Of course, we realize the necessity for a place to store equipment and road salt, and are just as concerned for worker safety as anyone else. Nevertheless, as we have said before, this was an opportunity for a more creative (and less expensive) solution.

The saga of the highway garage is not over, as there remains the question of what to do with the old highway garage, and its prime creekside property, sitting just past a major development on the creek with phase 1 apartment units currently selling for a million a piece, give or take (hurry, just 2 left!). Will it be turned into a public “pocket park?” This would have the benefit of likely kicking up the price of the nearby “units” a good 25K or so. Or will it be sold at fair market value? Stay tuned!

One Response to Beacon’s Public Works