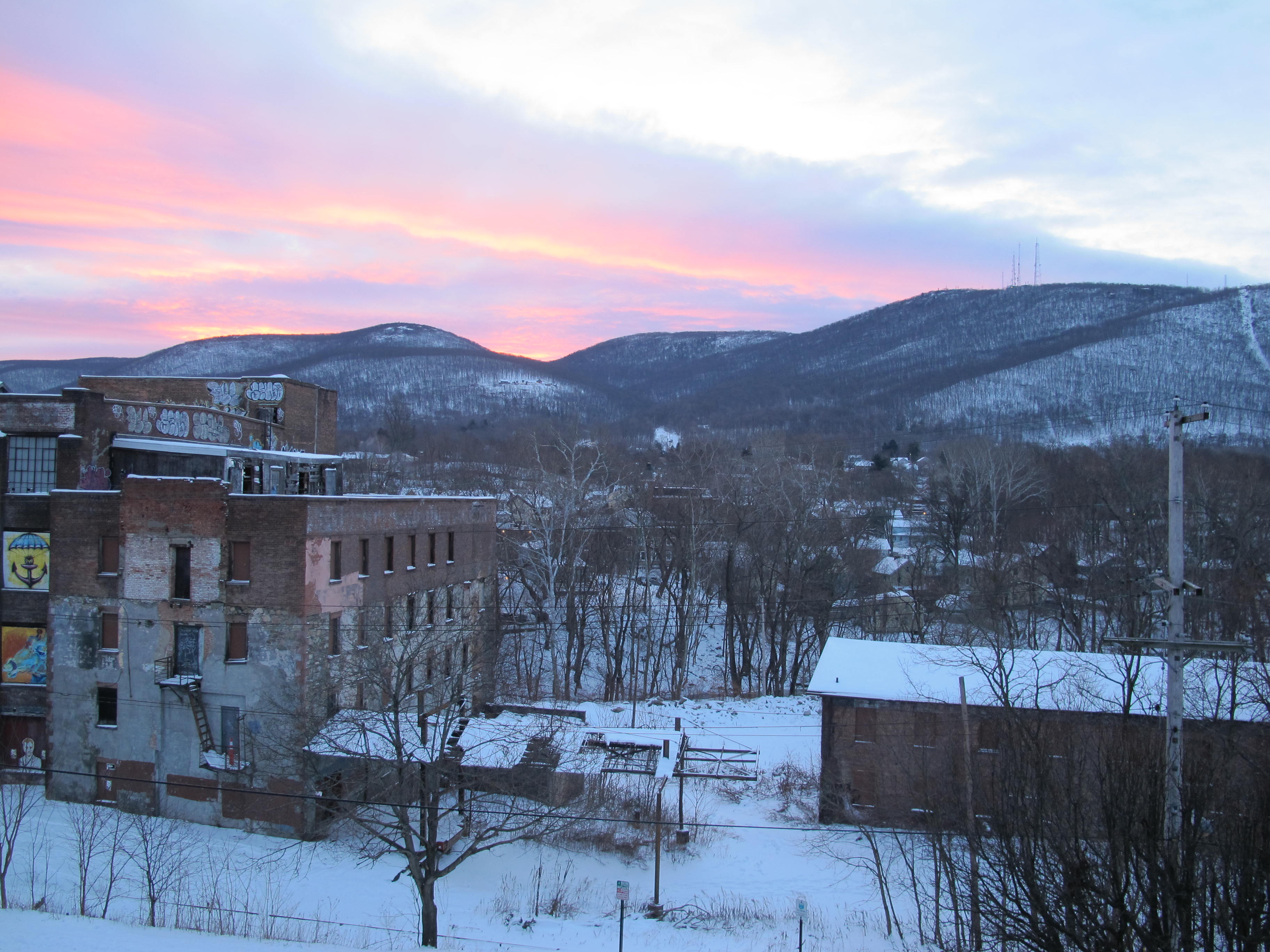 On this day for hearts, it’s reassuring to know that, according to a recent article in The New York Times, Beacon still has a soul.

Okay, I admit, I can’t help it. These  trifles in The New York Times that tout Beacon as a getaway for slickers from the city are one of my pet peeves. And yes, I know, “Pet Peeve” is my middle name. And yes, I moved up here from the City (although I came from Manhattan, not Brooklyn–big dif. Plus I went to high school in Pawling, N.Y.). But still.

The latest mention of Beacon in the paper of record is dated February 11 and can be found in its travel section under the title “A Midwinter Playground in the Hudson Valley.” Our  city is featured in the last third of the piece, after Warwick and Bear Mountain:

“But this part of the Hudson Valley has its sophisticated side as well. From Bear Mountain, I headed just across county lines to Dia:Beacon ($12 admission), a contemporary art gallery opened in 2003 in a rambling old Nabisco box factory down by the river, not far from a Metro-North commuter rail station.”

Wow, 2003! How time flies when your soul is being saved. (Slight factual correction: depending on the route he took, the writer would have crossed at least two, more likely three, county lines to get from Bear Mountain to Beacon. Assuming he likely  took the more logical, and more scenic, route over the Bear Mountain Bridge, that would be Rockland to Westchester to Putnam to Dutchess. Going the long way on the other side would be Rockland to Orange to Dutchess.) To the writer’s credit, he does not mention Tallix; less diligent scribes were including the old art foundry in these fluff jobs long after the last fabricator had left the building. And you have to like his DIA-in-a-nutshell description, “Throngs of patrons wandered amid heaps of scrap metal, canvases painted pure white and other masterpieces by avant-garde lions like Andy Warhol, Richard Serra and the German painter Blinky Palermo.” He then goes on to say that modern art newbies will find the old Nabisco building to be the star of the show.

The DIA description offers a nice lead-in to the city proper:

“Main Street in the town of Beacon offered less abstract charms. Rows of ornate, century-old brick buildings, packed with bookstores, cafes and an uncommon number of bakeries and restaurants, climb a hill above the Hudson. Once a factory town, Beacon seems to have weathered industrial decline and come out the other side with its soul intact — no small feat in this part of New York.”

Okay, we’ll give the guy a bit of poetic license. What really “climbs the hill” these days, after the city tore down the century-old buildings connecting to its waterfront during urban renewal, are a bunch of ticky-tacky townhouses and a sprawling, nondescript cinderblock edifice built in the 1960s. The ornate stuff doesn’t start until after you pass the glorious municipal building (circa 1990s) and cross 9D. As for being packed with bookstores, I believe the most recent high water mark in the bookstore department was 2003-2004, when we had World’s End, Beacon Books, Beacon Reads, and that little printing press/poet shop on Tioranda next to the coal silos. If I’m not mistaken, the only one left is Beacon Reads, a non-profit that funnels all proceeds to the adjacent Howland Library. Though one may have opened while I wasn’t looking.

As for the last sentence in that paragraph, have we really weathered the decline, and, more important, is our soul truly intact? Or, like almost everywhere else, have we made a Faustian bargain with the false god of globalization? Those questions are essentially what this blog is all about, and we’ll get back to our regularly scheduled programming as soon as I finish petting my peeve in this special edition love fest interlude.

The writer  winds up his Beacon segment with the requisite mini gustatory review—in this case, the brussell sprouts at The Hop, which are sauteed, drizzled, and topped, for $14. (By the way, NYT,  the “the” in The Hop is part of the name, just like the “the” in The New York Times, and is capitalized.) It also includes the by now obligatory mentions of Brooklyn and hipsters, and, specificity bonus, Williamsburg. Touché!

On the topic of bonuses, I conclude this little valentine with a secondary pet peeve. The writer mentions spotting a sign above the bar at The Hop: Hipsters Use Backdoor. If true, the sign is incorrect. Like the difference between every day and everyday, backdoor and back door mean two different things. The single compound words are adjectives, and the two-word phrases are nouns modified by an adjective. She wore that dress every day. It was her everyday dress.

The meaning of the single backdoor—indirect ,secret, devious—originates from the phrase used in the south as shorthand for a married woman’s lover, and was made more popularly known through various blues tunes. Like many compound words, it made its way from two words to one via hyphenation. It also generally has a broader application, and like everyday and every day, there is a different emphasis when speaking. The computer caught a backdoor virus. He caught a backdoor pass on the way to that layup. The man with the large foamy mustache left The Hop through the back door.

I see everyday and every day being abused everyday. Hear how wrong that is? Friends don’t let friends leave through the backdoor, even if said friends are hipsters from Williamsburg. 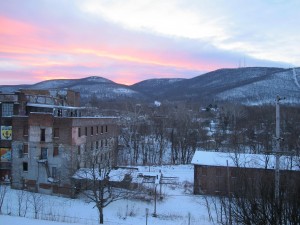