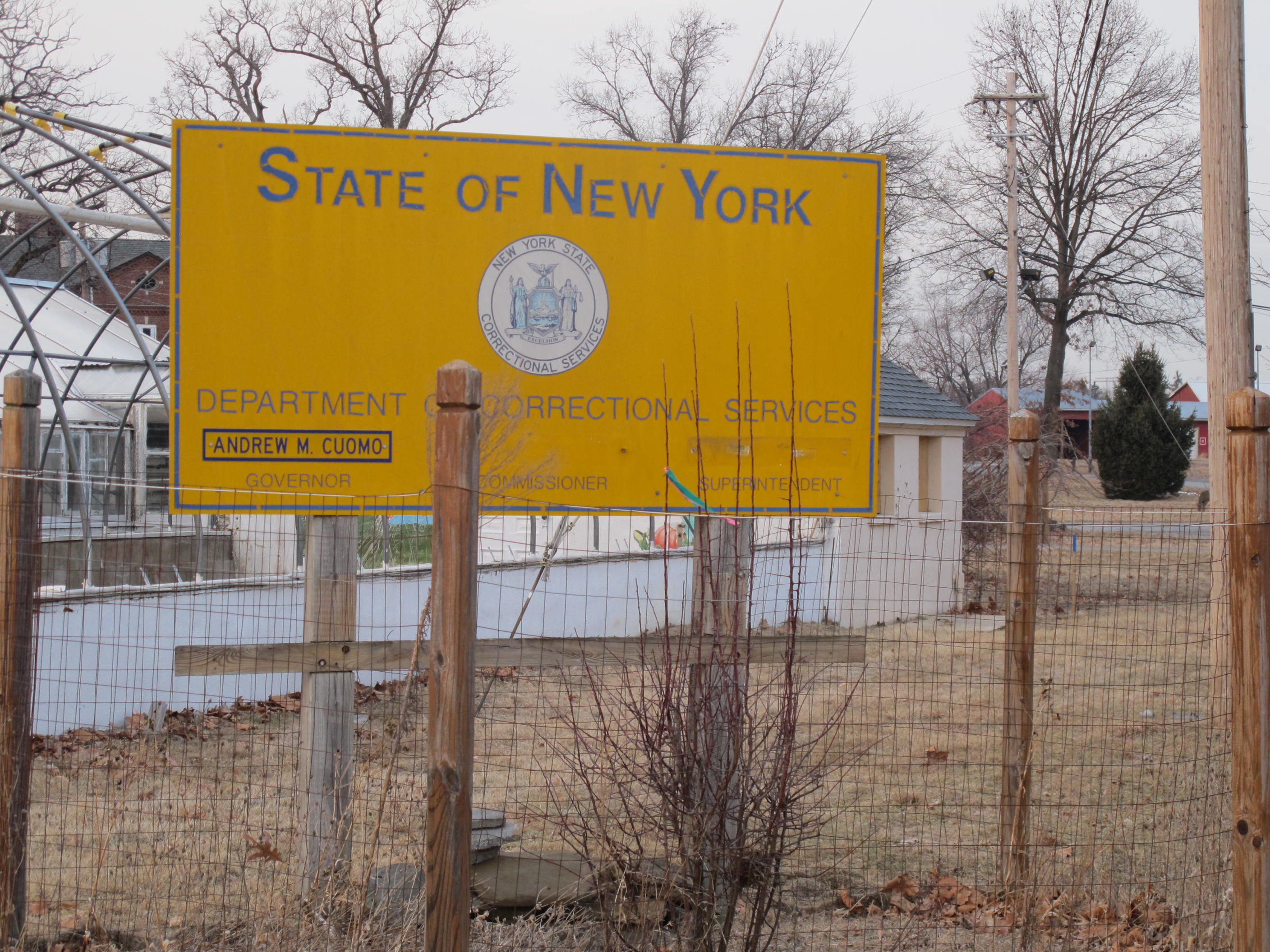 First it was a farm of several hundred acres. Then, in the 1890s, it became the Matteawan State Hospital, an old-fashioned insane asylum. In the 1970s, after a period of chaos, it became several different prisons. One of them was known for a while as Camp Beacon, from the days when the site was a training compound for correctional officers. In the 1980s, that became a work release facility, then a women’s prison, which was shut by the State last year.

The process of deciding what to do with the land is underway. Senator Terry Gipson has secured $6 million for Beacon as compensation for the economic benefits that were lost when the prison closed, although it’s not clear what that money can be used for, or even if it has to be spent in relation to the site.

Mayor Randy Casale’s first inclination is to change the current zoning, which is R1, or residential one-acre. He would like to see light industry such as film editing, business offices, or medical facilities. He also wants to use a good chunk of the land as the location for a new Beacon Highway garage and several soccer fields. Assemblyman Frank Skartados, D-Milton, has talked about creating a food hub, or a college campus.

The mayor’s idea that the first bit of business should be to rezone so that the site does not become 1-acre sprawl housing is a good one. Equally important is to make sure it does not become a big box store development with its own interchange off I-84.The case for relocating the highway garage to the site is less clear. The city already has been promised a parcel nearby, just behind Chemprene off Route 52 and Prospect, which looks suitable enough. 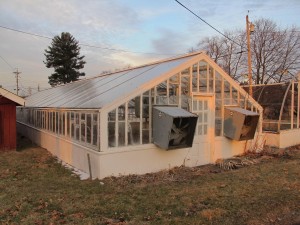 An existing greenhouse on the site.

In addition to rezoning for light industry, agricultural use should also be included. Perhaps the best possible use for the property would be to return it to its historical use, growing food. (In 1983, when it was still being called Camp Beacon, the inmates produced “100 pounds of eggplant, 234 cabbages, 700 pounds of tomatoes, 200 pounds of beans, and more,” according to an article in The Evening News by Craig Wolf.) There are many exciting possibilities. Something along the lines of what is taking place at the Gill Farm in Hurley is a good example of one potential model. From the NoVo Foundation press release in December:

The Farm Hub will be a major center for sustainable agriculture in the Hudson Valley, offering programs and research opportunities to strengthen farming and food systems in the local community and the region.

In Beacon’s case, the many different organizations working with farming and food could be involved. This includes Common Ground Farm, Hudson Valley Seed, Green Teens, and Farm to School, among others. Incorporating a satellite campus of a college with an agricultural program also makes great sense. The site is literally down the road from Beacon High School, which is experiencing a climbing dropout rate. Imagine students being able to take hands-on classes in farming instead of preparing for a life of college debt and a job at Target. There is a main building that could house offices for the various groups mentioned, as well as classroom space. There are a number of other metal buildings that could be used for various food-related small processing businesses, as well as local wholesale distribution. Relationships involving food and composting could be formed with the remaining correctional facilities, as well as the adjacent senior housing and the high school.  Eventually the site could be a mix of non-profit and for profit businesses and ventures.

One example of how a deal might be structured is the Mid-Orange Correctional Facility in Warwick, Orange County, which is in the process of being sold for $3.1 million to a public-benefit corporation controlled by the town.

Right now Beacon has no significant land dedicated to food growing. With no relief in sight for the drought in California, the growing issue of food security is becoming less theoretical every day. If we take action now, we can start to prepare . The sooner we realize that turning arable land into sprawl housing, strip malls, and business parks will only hinder us in the near term future, the better off we will be as a viable community.

At the moment, all interested parties are awaiting a report from a “consulting group.” The Empire State Development website reports  “The goal of the study is to identify and evaluate potential re-uses for the site that would create jobs, spur local economic activity and align with the needs of the community. We expect to have a draft completed in the coming months.” According to Senator Gipson’s office, the report is expected in March. Wigwam will continue to cover this critical development. 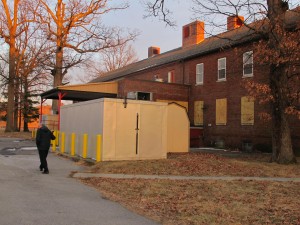 The main building on the site could be used for classrooms and offices. 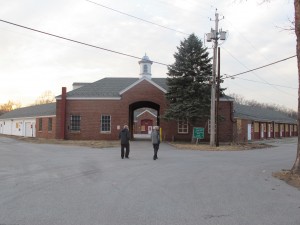 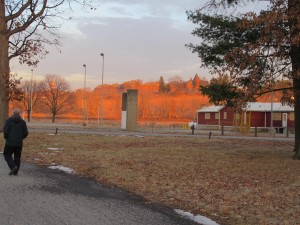 Looking east toward the Fishkill Correctional Facility. Beyond that is Downstate, the maximum security holding facility. 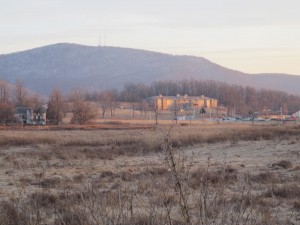 There is plenty of arable land, which is now covered with grass and large herds of deer. 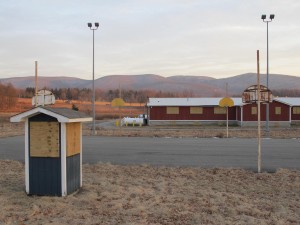 There are a number of low metal buildings in good condition. 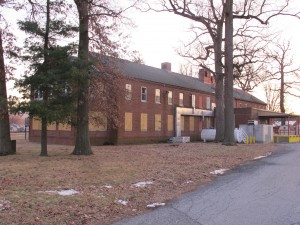 Another view of the main building. 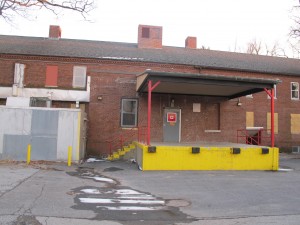 A loading dock at the back of one building. 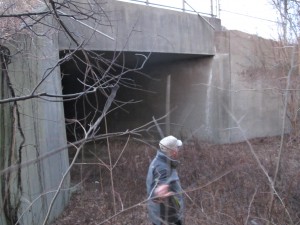 Access to the site is an issue. A full size tunnel leads from Camp Beacon under I-84 to the park and ride area behind Dutchess Stadium on 9-D. 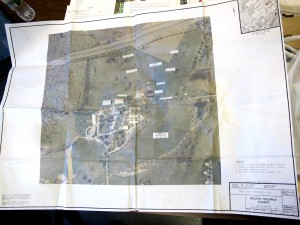 The mayor has plans for a highway garage on the site.