Warning: Declaration of EM_Tickets_Bookings::get_default_search($array = Array) should be compatible with EM_Object::get_default_search($defaults = Array, $array = Array) in /nfs/c01/h01/mnt/13167/domains/wigwameconomy.com/html/wp-content/plugins/events-manager/classes/em-tickets-bookings.php on line 7
 Ceremony Dedicating Park To Pete and Toshi Held At Strawberry Festival | 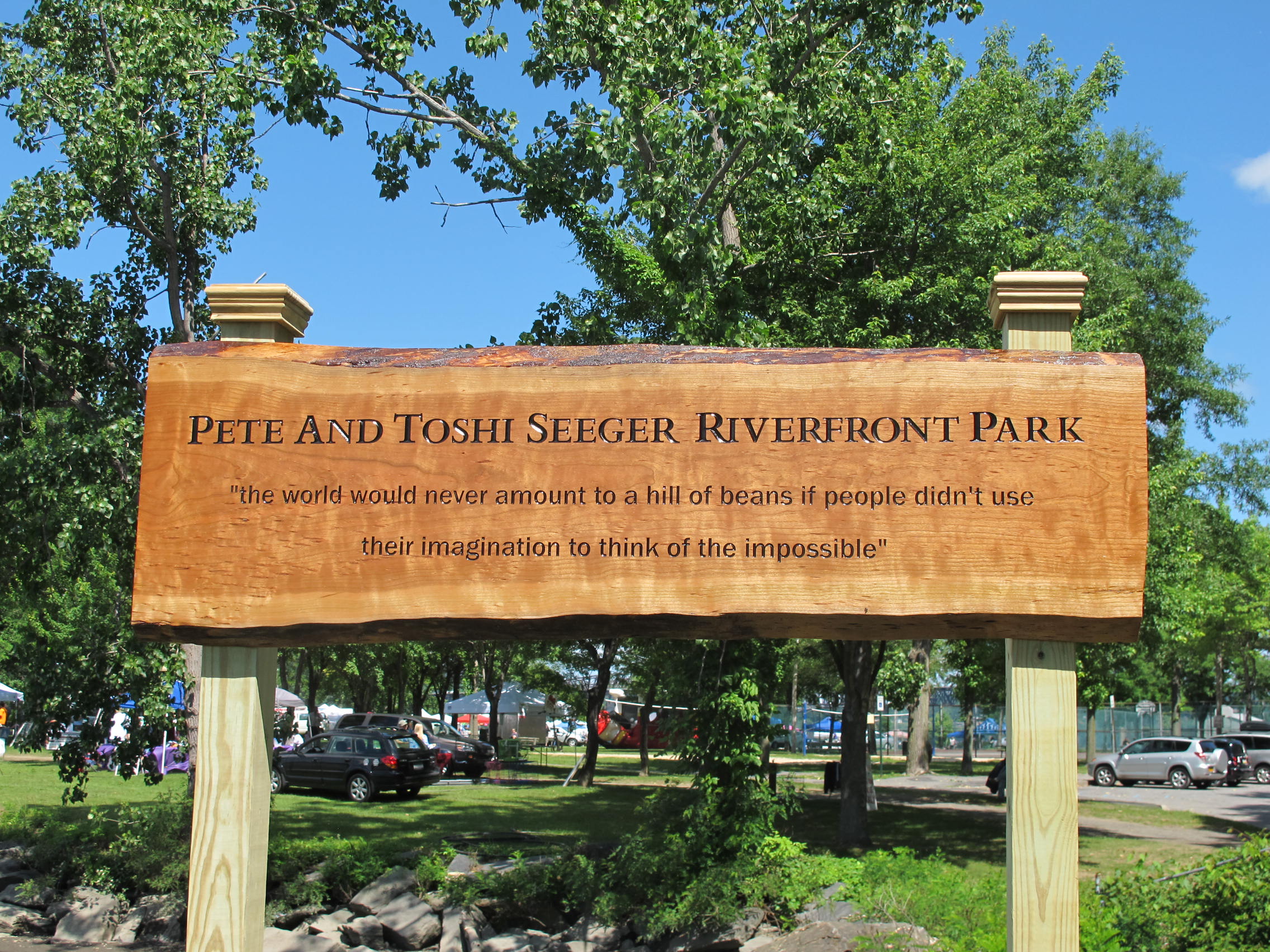 Toward the end of a blue sky day for the Strawberry Festival at the Beacon waterfront, the remaining crowd gathered around the center stage to participate in the dedication of the park in memory of Pete and Toshi Seeger. Local and State politicians spoke about the couple’s lives and their passions, and how they changed their community and the world. A sign with the new name, the Pete and Toshi Seeger Riverfront Park, was unveiled.

Mayor Casale recalled the days when, instead of being the site for festivals with music and strawberry shortcake, the spit of land jutting into the river where everyone was standing was burning garbage and people shooting rats with bb guns. The Seegers’ grandson Kitama Jackson read the names of other departed Beacon Sloop Club members, noted the role that so many, past and present, had played in turning the land into a park, and asked for a moment of silence.

But as Sloop Club members took to the stage to lead the crowd in song, perhaps the most eloquent tribute was the sloop Clearwater, passing by the proceedings under full sail in a fair wind on the sun-glinted waters of the Hudson River. 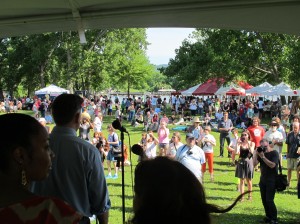 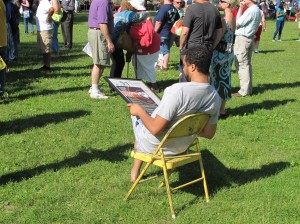 Kitama Jackson with a State proclamation and a poster for the Seeger Fest, a five-day event later this summer honoring Pete and Toshi. 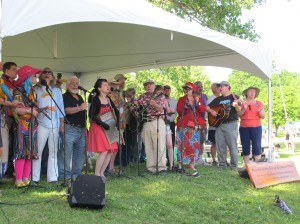 Beacon Sloop Club members singing This Land Is Your Land. 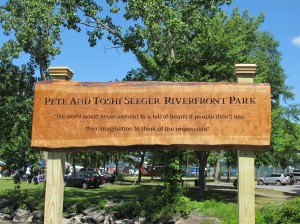 The new sign. A memorial will also be commissioned and placed in the park. 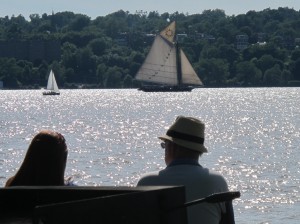 The sloop Clearwater sails  by the celebrations. 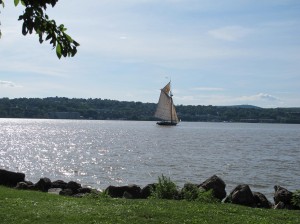