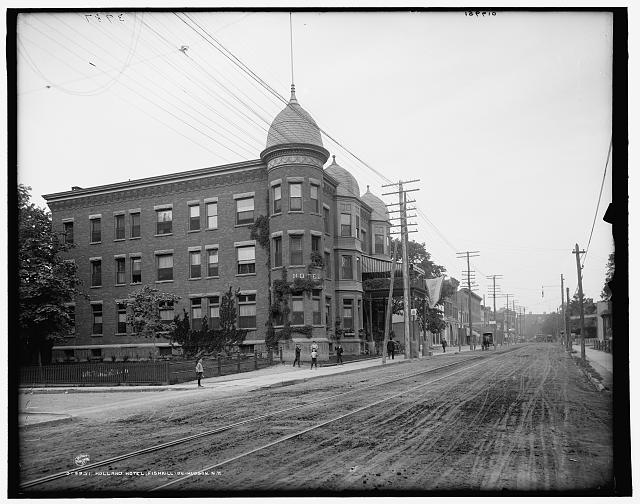 After perculating along for months with seemingly little interest from the public, the issue of Airbnb rentals in the City of Beacon has finally come to a bit of a boil.

Although it wasn’t a complete sellout crowd at last night’s city council meeting, the so-called tourist home ordinance was the feature event of the evening. Ninety percent of those in the audience were there to express support for allowing Airbnb rentals which, according to the brief introduction of the proposed regulation by the city attorney, are currently illegal due to the fact that any activity not explicitly listed in a zoning regulation is de facto prohibited. While that seems debatable to some extent, it may have had the possibly intended effect of keeping the crowd at a controlled level of agitation. In any case, everyone who spoke mentioned how appreciative they were about the careful consideration the City is giving to this issue.

Actually, it’s almost depressing to think about how many man-and-woman hours the council has put into grappling with proposed regulations for short term rentals. No doubt many of the evening’s participants were impressed at the council’s stamina, fortitude, and doggedness after watching several hours of video of the last workshop that dealt with this regulation. Certainly there is no shortage of nuances to consider with this issue. Here at Wigwam we’ve been discussing them since the beginning of the year. You can read them here:

To summarize the position of those in favor of the loosest possible regulations on Airbnb rentals: good for Beacon, brings money and people to Main Street, it’s all good. Also, each rental is a chamber of commerce and a tourism board rolled into one! We do it not so much for money, but for civic love. Those asking for tighter regulations were all about there goes the neighborhood. The bed and breakfast owners: The City made us jump through hoops with zoning and other regulations, and we spent severe amounts of money, and this is our livelihood. The b and b owners were also big on restoring the Mt. Beacon Incline Railway  to bring more business.

Wherever your sympathies lie, it’s apparent that this particular cat is not going back into the bag any time soon (although Germany did ban the car-sharing business Uber the other day.) eBay could be considered as the forerunner of these Internet-based “peer to peer” business models—a term that makes more sense than sharing economy, since sharing often implies no money exchanged. eBay allowed people to monetize all the crap in their attic and basement, expanding the potential market from those who saw the listing in the Pennysaver to a worldwide customer base. (These days, however, eBay looks more like Amazon than an auction house. Note also that user fees have gone up considerably over time. Don’t like it? Oh well.)

The council will consider all the public comment in a future workshop. Due to city budget discussions, the next public hearing on this matter is scheduled for Monday, November 17.

It almost makes you pine for the days when Beacon had a fair amount of actual hotel rooms in town, including the Holland Hotel, opened on Christmas Eve, 1894. New owners took over in 1943 and changed the name to Dutchess of Beacon. By the sixties its glory days were over, and the city took it for non-payment of taxes. In 1972, it was sold to the Fishkill Landing Lumber Company for $2,000. That company wanted to put a home center on the site and razed it that same year. Today it is the site of the architectural wonder known as the Beacon Center, aka the Dutchess County building, aka Department of Motor Vehicles. Times do change. 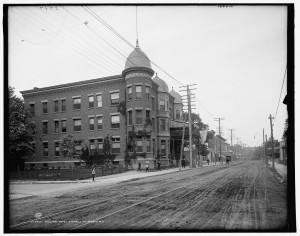 The Holland Hotel, as seen looking west on Main Street.

Thanks to the Beacon Historical Society and president Bob Murphy for the information about the Holland Hotel, which appeared in the BHS May 2014 newsletter. Image from Library of Congress.