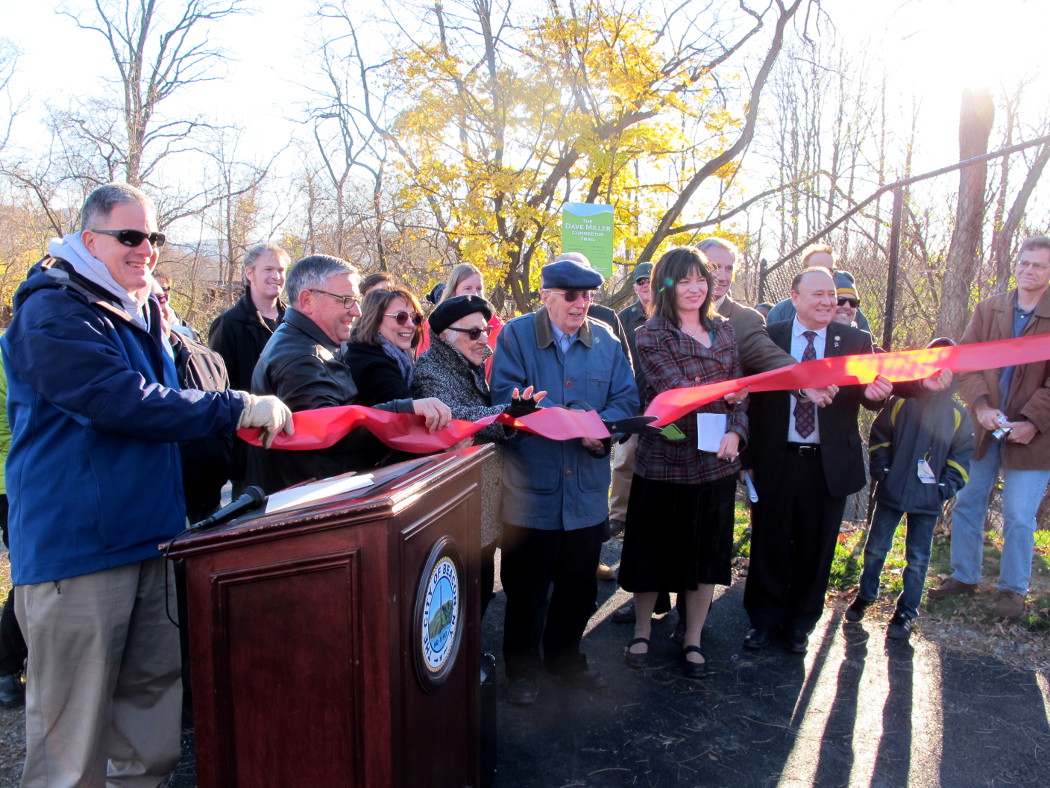 James Korn of the Fishkill Creek trail committee led the ceremonies as a trail section connecting Dennings Point with Madame Brett park was officially opened today. The linkage has long been a sticking point, and one man, Dave Miller of Beacon, has been a driving force behind finding a solution, including the possibility of digging out an old tunnel.

When that potential solution proved too expensive, it was decided to skirt the MetroNorth railroad tracks, as we showed in this earlier post. Miller was present, along with his wife and son, Beacon mayor Randy Casale, representatives from city council, the Dutchess County legislature, Scenic Hudson, and MetroNorth. Miller, 85, handled the ribbon-cutting honors. “I never thought I’d live to see this day,” he was heard to remark. 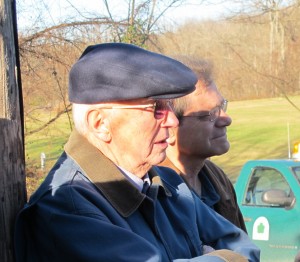 Dave Miller looks on as the trail bearing his name is dedicated.

Casale and Mark Wildonger of Scenic Hudson also invoked further linkages, including the Hudson Fjord Trail, that would connect Beacon to Cold Spring. With the Dave Miller connector now in place, the trail can also take walkers, hikers, cyclists, commuters and tourists toward the Beacon-Newburgh bridge.