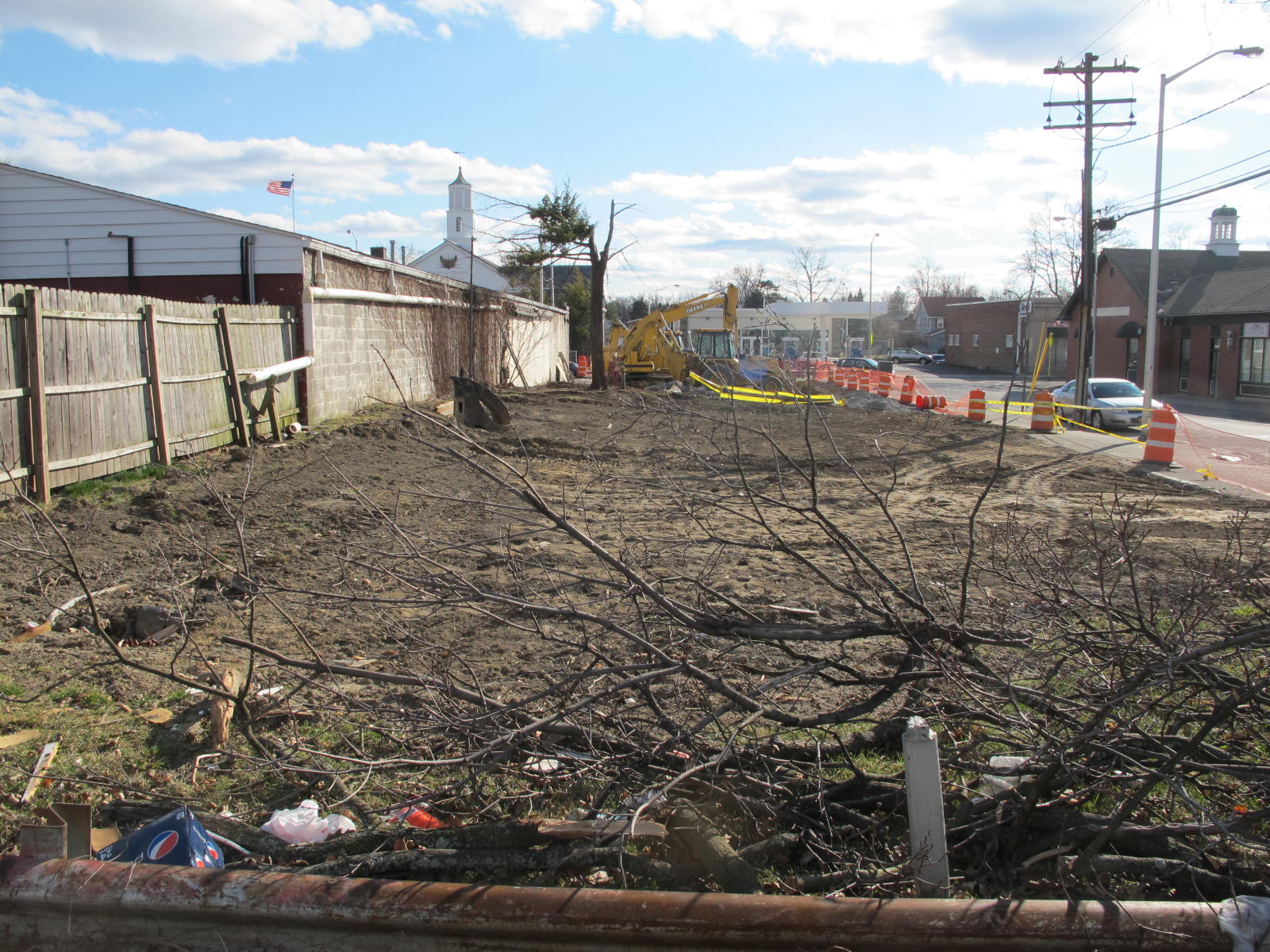 It didn’t take long for the wrecking crew to work its way through three houses and a two-story commercial building that until recently sat on the 250-foot by 50-foot parcel at 344 Main Street. At one point, building inspector Dave Buckley was heard to mutter “Worst buildings in Beacon.” The challenge now is, can the developer replace those condemned, ramshackle structures with one of the best buildings in Beacon?

Let’s hope so, because there’s a lot riding on this project, the first to be attempted under the newly created Central Main Street district (CMS) zoning. The planning board will get its first look at the proposed site plans for 344 Main Street this Tuesday night, April 8. 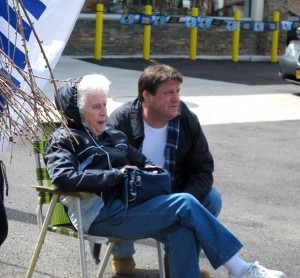 Folding chairs on the sidewalk across the street provided these folks with ringside seats to the demolition.

First, let’s clarify a few erroneous facts that seem to be circulating in town. No, it will not be a hotel. The only current hotel project is the 10-room hotel in the planning stages on the opposite end of town, at 151 Main. There are indeed rumors of another, larger hotel, but this is not that.

Many people also seem to believe that the building going in at 344 Main will be five stories high. This is far from certain at the moment.

While the city council ultimately chose the developer whose plan is to build a 5-story structure, that is the maximum allowed under the new zoning at this location, but only after a long list of requirements is met and a special permit is granted by the planning board. A look at the CMS district regulations shows that it will be difficult  to meet even the basic requirements for such permission, let alone account for the subjective judgement of the board in assessing the more intangible impacts such a massive structure at this address would have on the city as a whole.

Many people also seem to believe that the building going in at 344 Main will be five stories high. This is far from certain at the moment.

This points to a serious flaw in how the city reviewed this Request For Proposal (RFP). The developer whose RFP was rejected apparently came to the conclusion, based on a familiarity with the new zoning regulations, that a five-story building in this location would probably not make it out of the early stages, and accordingly submitted his plans depicting a four-story building. At the council meeting the night of the vote, that developer was in the audience when several council members who should have known better mentioned the increased tax revenue to the city as a reason for choosing the 5-story proposal. He responded from the audience that he could design a 10-story building. But of course, what is the point if it won’t get past the planning stage? 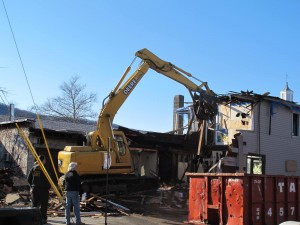 The excavator operator made it look easy. 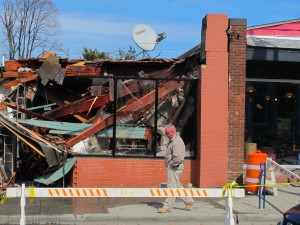 In fact, if the winning developer based his financial projections only on the ability to build a five-story building, that would be irresponsible. The prudent approach, at least for a developer’s internal use, would be to make any projections based on the largest allowable heights that do not require special approvals or exemptions. Let’s assume the winning developer exercised due diligence in this matter.

The sheer size of this building lot, its location across from the depression-era post office building, and the fact that it represents the first project under the new zone means there will be justifiably intense scrutiny on the developer, the planning board, the building department, and the city administration to hold this project to the highest standards. Can something be created here that would truly be missed by those in the future who one day must decide to tear it down?

Many of the large, from-scratch developments in our city over the past 50 years could be said to fall into the “mistake” column. The new zoning was created in part to help guide us away from some of those pitfalls. But sensible regulations alone do not guarantee success—the guidelines need to be applied with wisdom by the people entrusted with the power to interpret and enforce them. Ultimately, a development of this scale cannot be only about profit for the developer and tax revenues for the city coffers; more important is creating a welcoming, appropriately scaled, lasting addition to the civic space of our community.

The 344 Main Street project will be in front of the planning board on Tuesday, April 8 at 7pm, the Municipal Building. 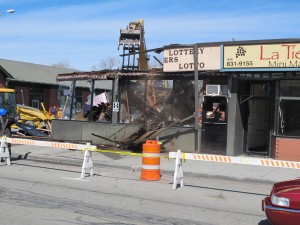 When your number’s up, it’s up.

2 Responses to Demo Done, 344 Main Heads to Planning Board