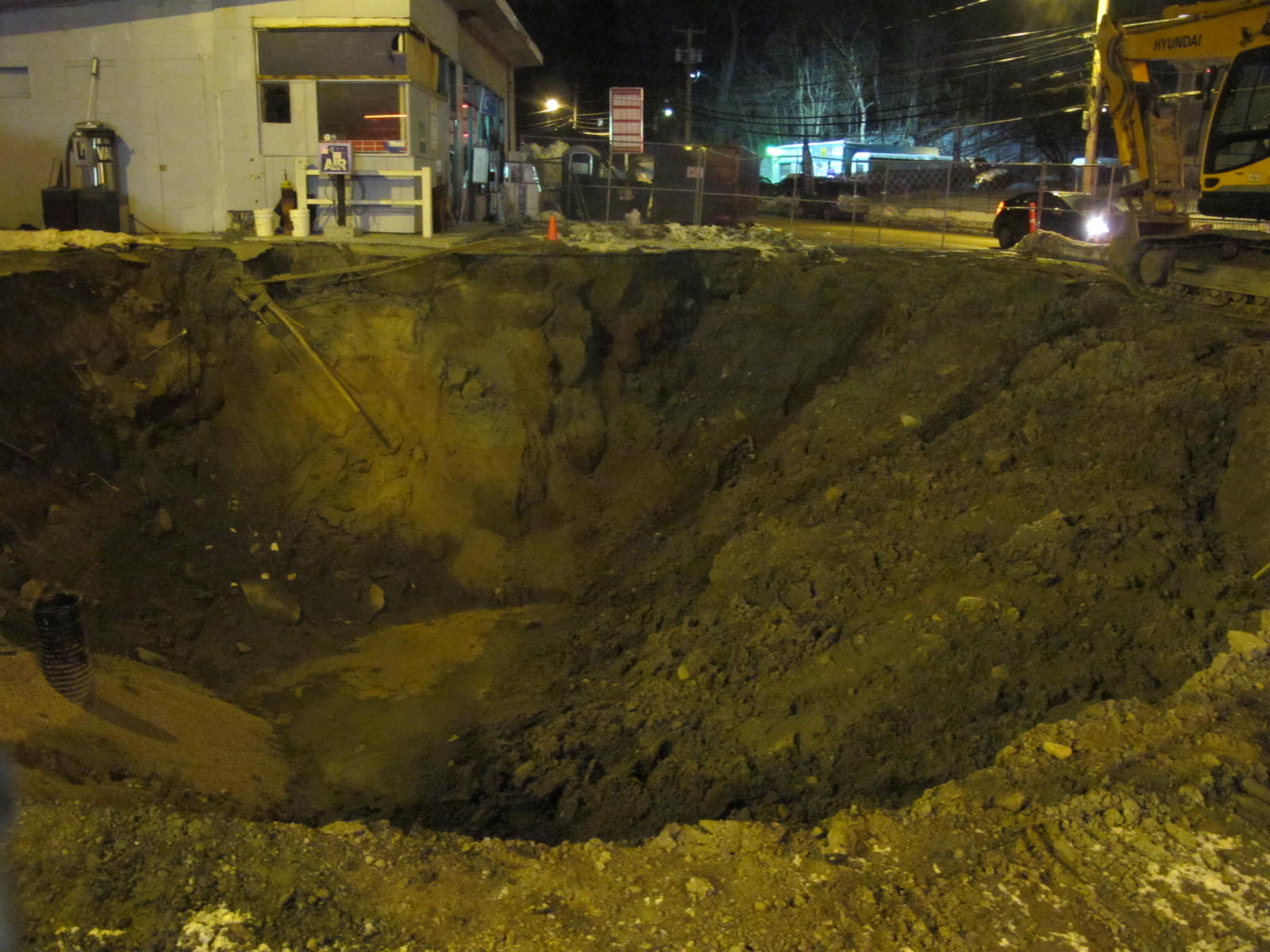 Gas Leak Update: The Hole We Dig Grows Ever Deeper

The attempt to clean up the spilled gas at Main Street and Fishkill Avenue continued today, with quite a few more truckloads of contaminated soil carted away in dump trucks throughout the day. And it may not be just the soil that has been compromised. According to several locals, there are subterranean feeder springs to the Fishkill Creek that traverse the area of the spill on the way to the creek. Hopefully this will not have spread too far and the damage will be to a relatively confined area. No word yet on the samples taken on the creek side of Main Street by the Department of Environmental Protection. 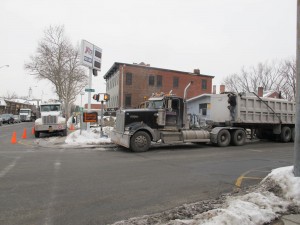 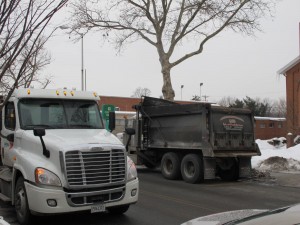 Obviously, gas leaking into the ground is not a good thing by any measure. But the three gas stations within a half mile of each other on Main Street do other damage to our community. In terms of creating a walkable, pedestrian-friendly environment, which greatly affects both livability of a place as well as economic health, the curb cuts and building setbacks of the gas stations break the street “wall” and make walking past these zones both physically and psychologically unsafe.

The new Central Main Street zoning rules prohibit gas stations, though this is essentially symbolic; with three already, nobody is going to build another on Main Street, ever again. Unfortunately it would be difficult to get rid of any of the existing operations, unless this spill bankrupts the owners; maybe then the community could find some way to have a say in the matter. Meanwhile, the new zoning requirements should be strictly adhered to when a business does a gut renovation. For instance, the Mobil station does not follow many of the building facade requirements in the new CMS zone, even though it was essentially rebuilt. (They also cut down the lovely pines on the west side of the Post Office. Maybe so we could get a better view of the beer and cheese doodles through the wall of glass.) 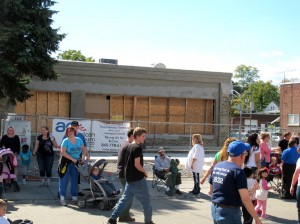 Note the pines on the left. They were cut down during the renovation. 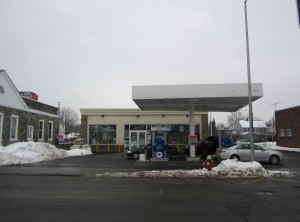 No more trees to get in the way of the view here.

Most of us can conjure up an environmental degradation scenario brought about by gasoline entering the soil, especially so close to a water source. Even though we can’t see the gas in the dirt, it’s an immediate, observable event—we see DEP agents taking core samples, heavy trucks being filled and hauling away presumably contaminated soil, etc. Some of us might even get upset or angry over this egregious fouling of the environment. How could this happen!? Who is responsible?!

Isn’t it odd, then, that we think little of how much contamination the same gas station doles out each day as a matter of its expected business.

Consider that the average U.S. household consumes roughly 1,000 gallons of gasoline per year. Beacon has approximately 6,000 households, which would mean our residents burn through about 6 million gallons in 12 months. Each gallon of gas burned puts off about 19 pounds of CO2 into the air, for a total of 114,000,000 pounds of CO2. Xtrafuel is the busiest of the 5 gas stations within City limits, but let’s be generous and divide equally (I know Beaconites also buy gas out of town, but out of towners buy gas here, too. Don’t worry, for our purposes, it all comes out in the atmosphere.) This leaves us with a total of 22,800,000 pounds of CO2 emitted per year by the gas legally dispensed at Xtrafuel. We break out the hazmat suits and call in the heavy equipment  when a few hundred gallons of gas drips into the soil, but spewing waste into the air and turning the joint into a giant crock pot while driving to work? Where’s the close-up on that?

I’m not big on metrics when wielded in an attempt to change behavior. I only point this out as yet another example of how crazy and complex it all is. More about this complexity in the next post, a look at jobs in Beacon’s past, as promised in Beer Grants, Jobs, Lumbersexuals &LegoLand (If I were heavily into metrics, I would have thought that particular word combo might garner more clicks, but no, put “gas” and “leak” in your post title and watch the hits roll in.)

Note: Work stopped early yesterday when it was observed that the moisture content of the soil was too high, allowing contaminated material to exit the dump trucks as they drove to the disposal site.

10 Responses to Gas Leak Update: The Hole We Dig Grows Ever Deeper