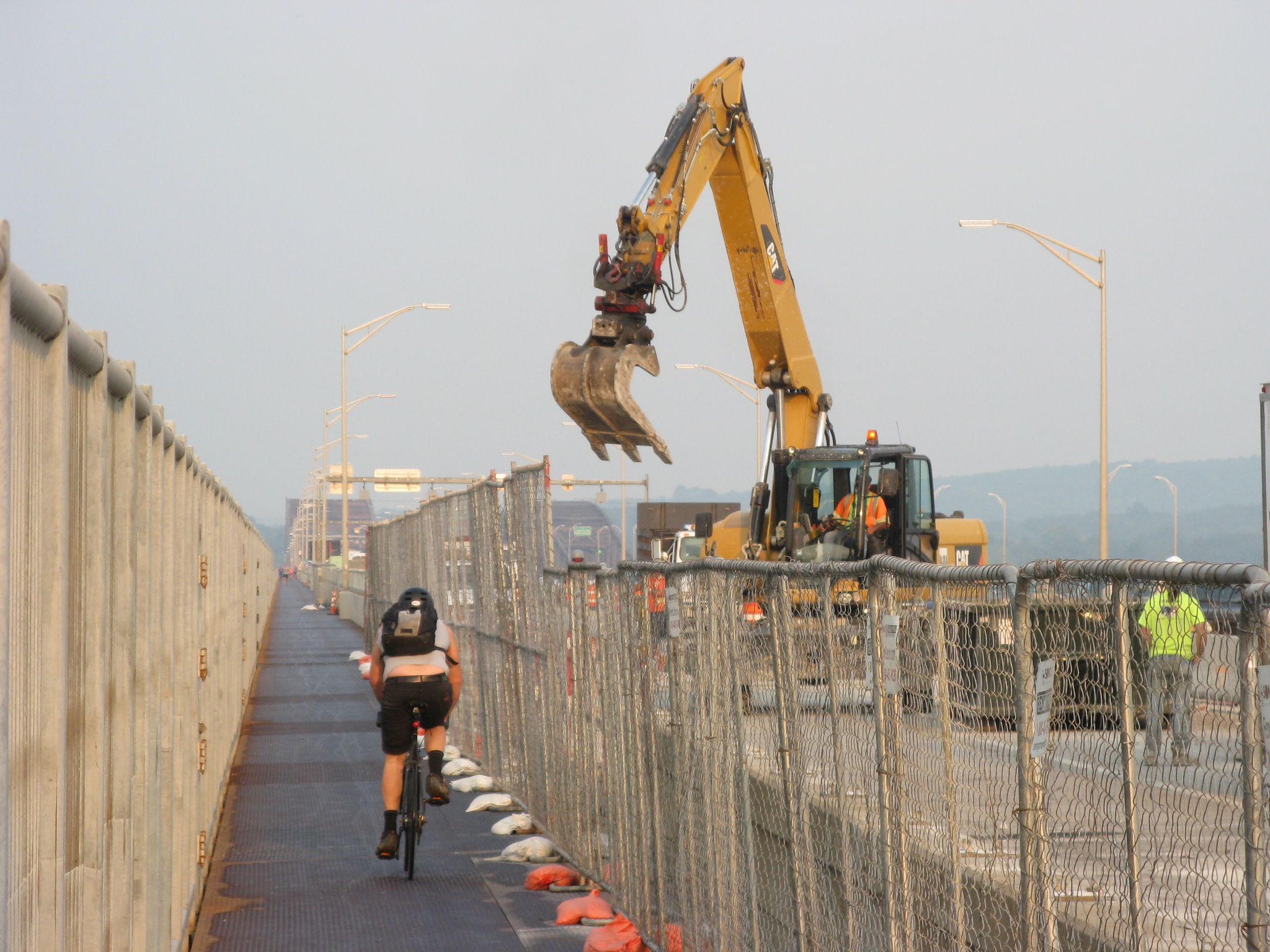 At least that’s what one of the workers told me recently as I crossed over on my way to work last week. “If they keep pushing it, we should make it,” he told me. It looks like the crews are working on a few final cement roadway sections as well as taking out and replacing the abutments on either end of the southern span.

This is the second job I’ve had that takes me back and forth across the Hudson River each day. Some days I don’t pay much attention. But on a bicycle, it’s hard to completely ignore your surroundings. I always at least glance southward toward Storm King and the gateway to the Hudson Highlands, to see if the cloud bridge is in evidence. Occasionally I race the ferry.

A month or so ago, I was traveling eastbound on my homeward commute and almost three quarters of the way across before I became aware of the eerie quiet—not a single car or truck along the entire span, either way! Whoa. Was it World War Z? Was Brad Pitt about to pop up from the side of the bridge walkway railing? When I noticed a helicopter overhead that type of scenario did not seem so far-fetched. Reaching the other side I could see that 84 had become a massive parking lot, with a line of trucks idling just past the tolls. That was the day Beacon police chased a car-jacker onto the highway. The advantages of a bicycle–they let you ride right into trouble.

The south span with the walkway was opened 35 years ago, in 1980. It is approximately 8,000 feet long, and cost $93,600,000 to build, almost the exact amount of the current repairs, assuming no large overruns, and not adjusted for inflation, which is difficult to do with large public works projects. It’s a good bet that the public coffers will never again be able to afford such a thorough overhaul of this structure.

Last fall a crew replaced a number of the metal plates used to surface the bike-pedestrian lane. I’m not sure what the full set of factors were in determining what plates got switched out, but some of the ones with holes did, while some that did not have holes also got changed out.  However, a number of plates with these holes did not get replaced. These tend to be at either end of the span where presumably water might tend to collect more readily. I took some photos and will send them on to the New York State Bridge Authority.

Toward the end of last winter, the Bridge Authority quietly changed the hours of operation of the N-B walkway, from “Dawn to Dusk” to “Dawn to 2100 hours” or 9pm for us civilian types. From what we can gather, this will be in effect year-round. This is certainly a much needed improvement, and makes the walkway more functional in terms of using alternative transportation methods. 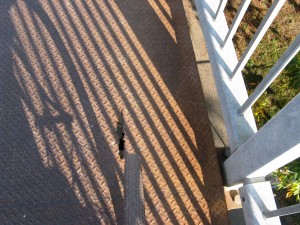 This hole in the plating is almost wide enough to grab a skinnier bicycle tire. 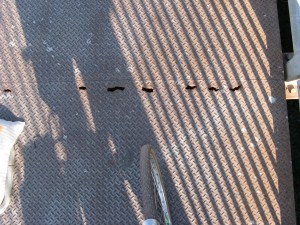 These photos showing plate corrosion were taken in September 2015, almost a year after the walkway repairs were supposedly completed. 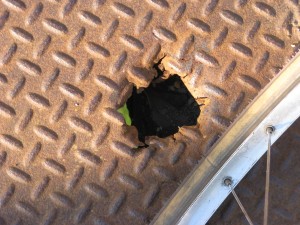 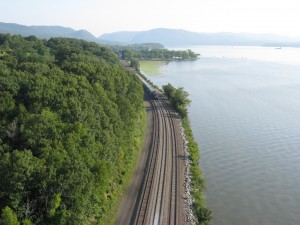 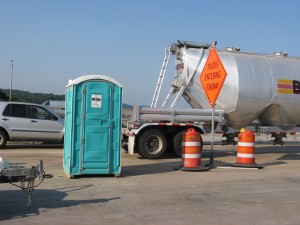 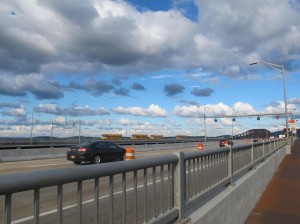 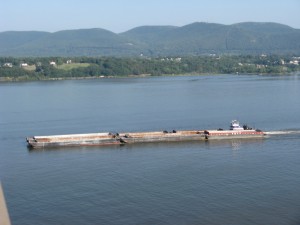 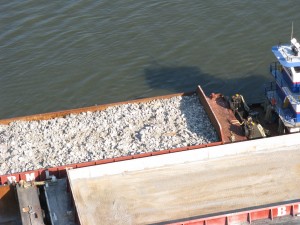 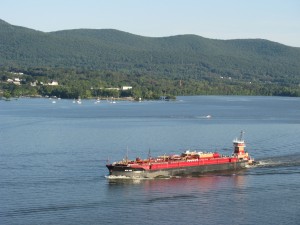 The ATB (Articulated Tug and Barge) Dean Reinauer and RTC 106, on Saturday, September 5. 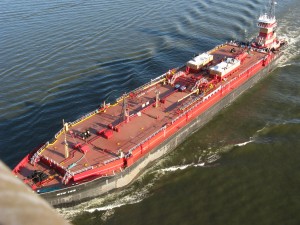 The vessel is probably on its way from the Port of Albany laden with 150,000 or so barrels of crude oil from the Bakken oil fields of North Dakota to storage facilities in New Jersey. 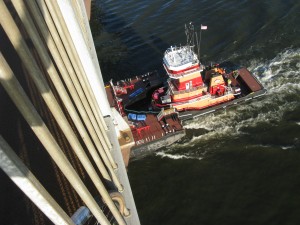 The ATB pinning up for the first time in July of 2013. 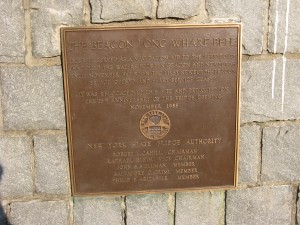 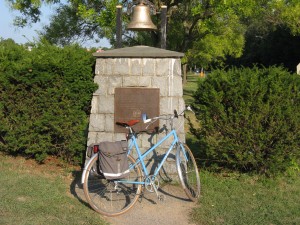 One Foggy Christmas Eve (on the Newburgh-Beacon Bridge)

A Plea From Riverkeeper