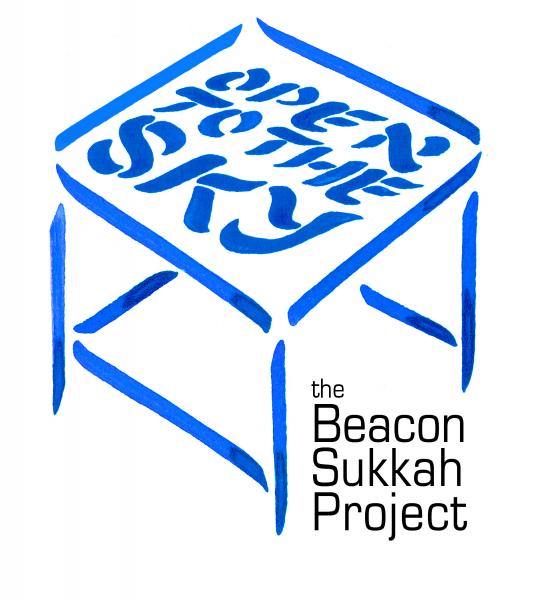 Open to the Sky: The Beacon Sukkah Project

The Beacon Hebrew Alliance is hosting a week-long plus a day celebration in October. Press release:

Beacon, NY.  September 29, 2014 – In celebration of the Jewish holiday of Sukkot, Beacon Hebrew Alliance is pleased to invite everyone to Open to the Sky: The Beacon Sukkah Project. This non-denominational celebration will take place over an eight-day period, from Wednesday, October 8th through Thursday, October 16th, 2014, in Beacon, New York.

Open to the Sky: The Beacon Sukkah Project  is open to everyone interested in celebrating and exploring the themes of Harvest and Impermanence. Project partners include Beacon Arts,  Laba House of Study at the 14th Street Y,  Hudson Valley Center for Contemporary Art, and others.

“It’s hard to be vulnerable, to be open to the sky,” says Rabbi Brent Spodek of Beacon Hebrew Alliance. “It’s easier, however, to be open as part of a community. The ancient festival of Sukkot invites us to come together and give thanks for the harvest and also to be aware of the fleeting nature of life.”

Symbolizing the idea of impermanence, the Sukkah Project will be held in a temporary structure across from City Hall in Polhill Park, next to the Beacon Visitors Center. For eight days, this deliberately rickety structure will be home to discussions, learning, workshops, stories, and singing, all led by members of the Beacon community and beyond. Presentations will range from Celtic folk traditions to hidden Jewish identities to a Beacon time capsule project.

There are programs for all ages and visitors are invited to bring picnics. Among the scheduled events are: Jonathan Rose, founder of the Garrison Institute, speaking about The Altruistic City; Beacon Mayor Randy Casale, holding open office hours; Andrew Revkin of The New York Times speaking about Climate Change in the Age of People; and Jill Reynolds, of Hello Beacon talking about the 2163 Time Capsule, David Ross, formerly of the Whitney Museum, speaking about Transience in Contemporary Art and Alison Spodek of Vassar College talking about Global Environmental Change.

A complete schedule of events and programs, including topic, day, and time can be found at http://bit.ly/OttsCalendar.

Beacon Hebrew Alliance is the home for progressive, creative Jewish life in the Hudson Valley. Founded in 1921, BHA is now one of the fastest growing synagogues in the country. Rabbi Brent Chaim Spodek, the spiritual leader of BHA, has been recognized by the Jewish Forward as one of the most inspiring rabbis in America, and by Newsweek/The Daily Beast as “a rabbi to watch.”