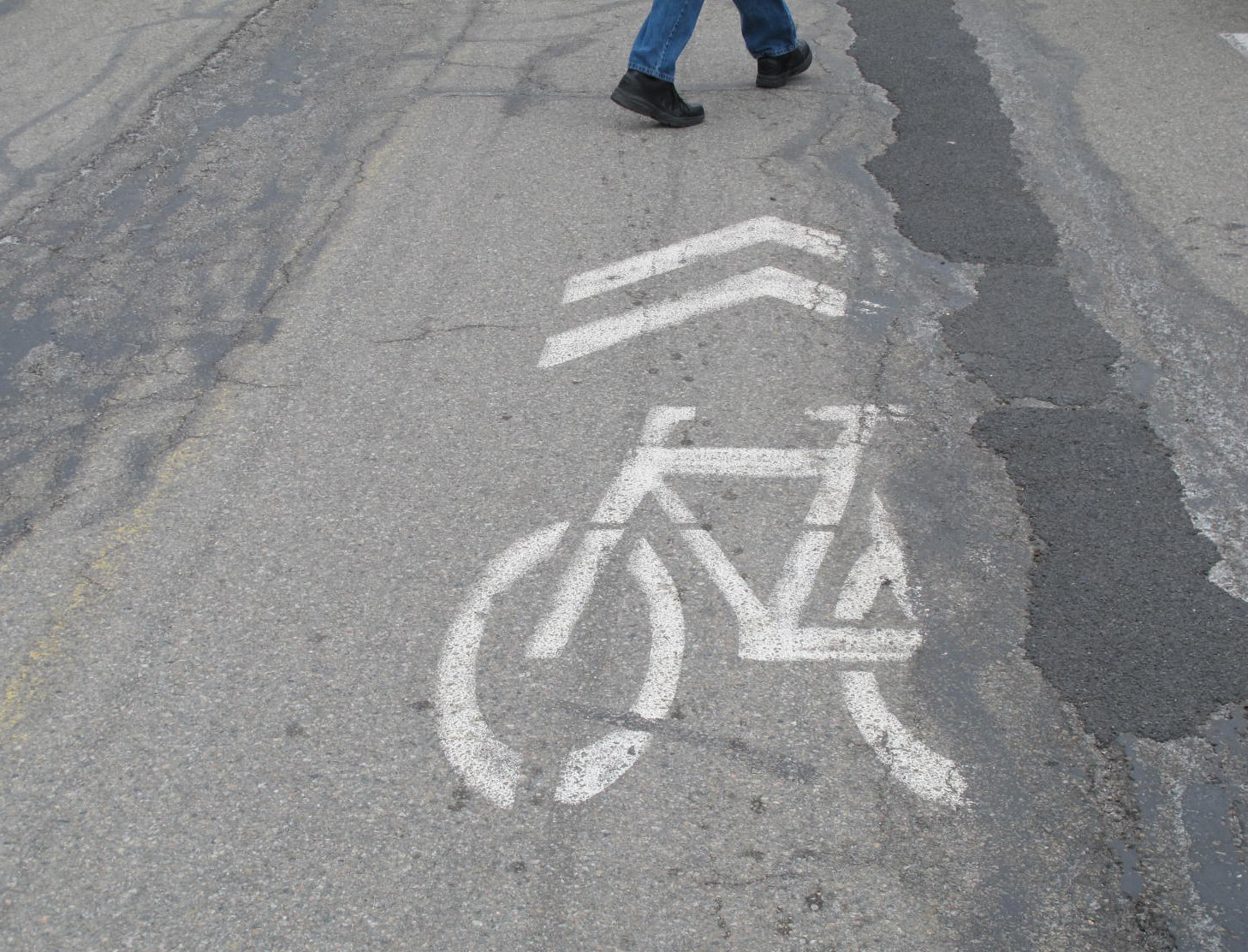 It’s been a rough winter, and soon it will be time for that annual rite of spring, the repainting of the various road markings worn down by snow, salt, tire and plow blade—the double yellow lines, the parking spots, the crosswalks. And, of course, the bike sharrows, known in official traffic code parlance as Shared Lane Markings, or SLMs.

The sharrows are not currently accounted for in the City of Beacon road painting allocation. But, for a number of reasons, I am confident the City will act to add these markings to the normal maintenance budget before work begins for the season.

Beacon should be commended for being the first municipality in Dutchess County to install these markings. Both the mayor and much of the current and former city council have been supporters of the sharrows in particular and bicycling and walking in general. In fact, a number of city documents, going back as far as 2007, refer to the city’s strong commitment to encourage walking and bicycling as viable transit options, including the Comprehensive Plan and new zoning ordinances. Beacon also signed the Climate Smart Community Pledge in 2011. 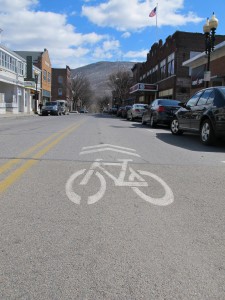 It’s important to remember that sharrows do not bestow any additional rights that cyclists don’t already have as vehicles under the law. They simply serve to remind all road users of those existing rights. The sharrows have other useful functions, and Beacon’s Main Street is a textbook example of the kind of roadways that benefit most from installing them.

For example, the markings assist bicyclists with lateral positioning in a shared lane with on-street parallel parking in order to reduce the chance of a bicyclist’s impacting the open door of a parked vehicle. It has also been demonstrated that over time the markings reduce the incidence of sidewalk riding and wrong-way bicycling.

Another function of the markings is to provide a wayfinding element along bike routes. Main Street is part of Scenic Hudson’s Beacon Loop Trail, which from Main heads down to the waterfront and onto the Klara Sauer trail, over to Madame Brett Park via the new Dave Miller Connector Trail, then up Tioranda Avenue and back to Main Street.

So far a majority of the infrastructure designed to encourage walking and bicycling has been given to the city at little or no cost. Bike racks have been provided by private businesses, and the County will be installing more around the city this spring. A half a million dollar sidewalk project on Liberty Street that is part of Safe Streets to School will be paid for via a grant.

The bike sharrows were also paid for with a small grant from Hudson River Valley Greenway as part of the Loop Trail (and supplemented with small private contributions to make up for a shortfall). Even the connector between Denning’s Point and Madame Brett was a gift. The city had been allowing sewage to run into the Fishkill Creek for many years. In lieu of hefty fines, the city contributed to the construction of the connector, a piece of infrastructure that will be used by Beacon residents for commuting trips and pleasure walks, and bring tourists for years to come.

Now it’s time for the city to put a few dollars where its mouth has been. These are difficult times, but the amount here is just above symbolic—about as much as the city has budgeted for flags and flowers on Main Street. And as part of a scenic bike trail, which numerous studies have shown are economic engines, the sharrows will likely pay for themselves every year, and then some. The markings help make our environment safer for all road users. Re-painting sharrows on Main is a low-tech way to get a big impact from little money.

As a member of Dutchess County’s Bicycle-Pedestrian Advisory Committee, on April 24th I will be making a special presentation at the monthly meeting about the state of bicycling in Beacon. I hope to report that the city administration has agreed to make the sharrows a permanent part of the city road markings maintenance budget.