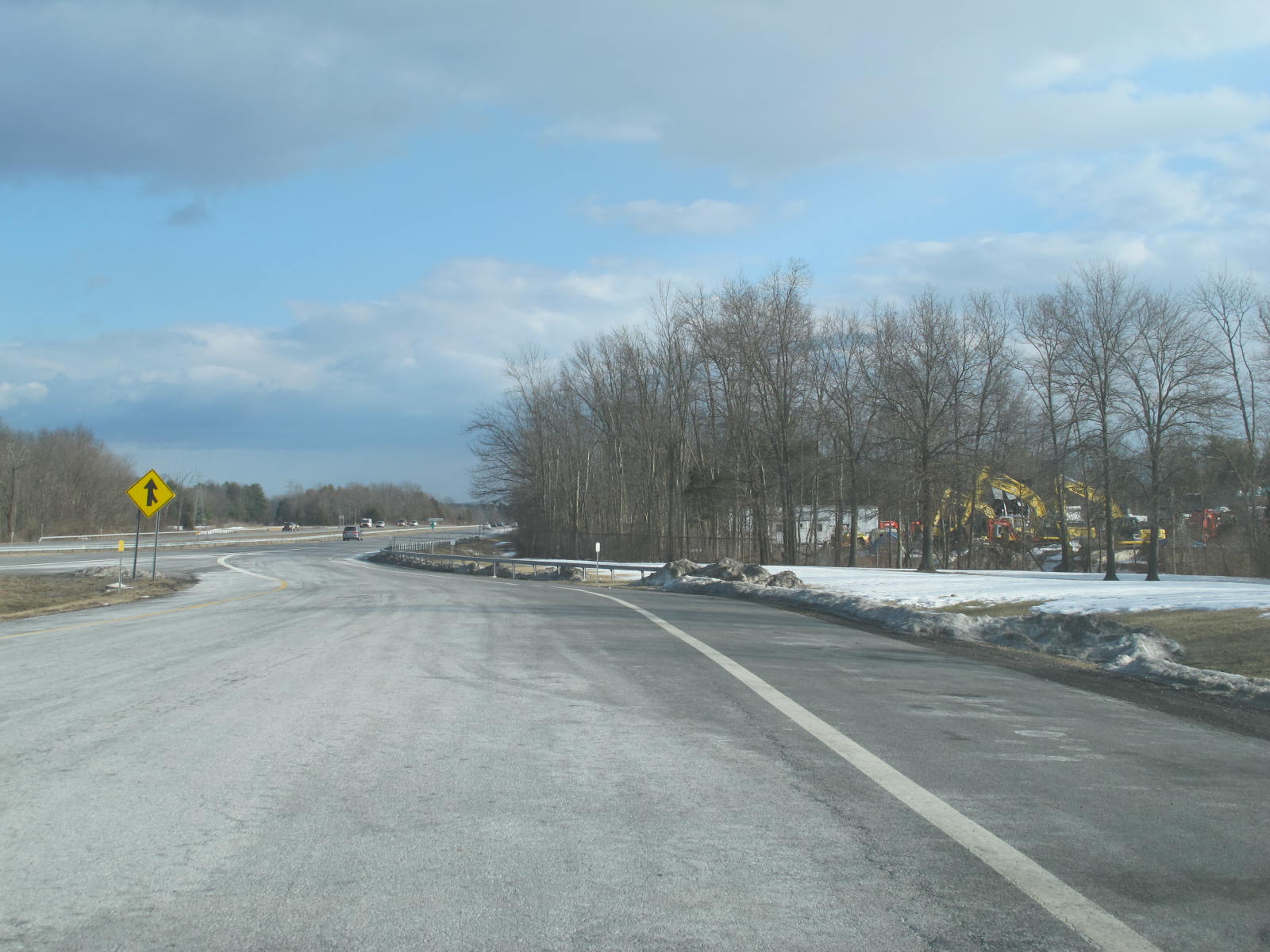 These strolls almost always feature scenes from the City of Beacon. This weekend was a rare one spent out of town. Click on the first thumbnail to start the slideshow, then use the arrows. 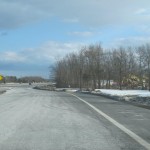 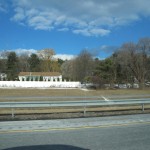 The destination was about 80 miles north, in the Catskills. 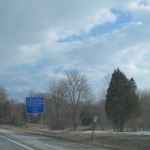 With some mileage in the legs later in the year, this would be a bicycle trip on back roads. 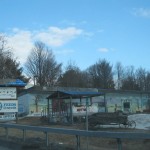 Fleeting compositions along the Thruway and NY 32. 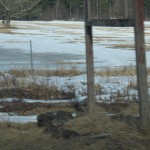 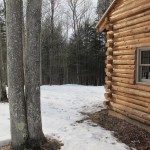 I stayed in a cabin with some family and friends. The logs look made of wax in the pale March sunlight. 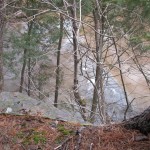 None of my attempts to capture the dropoff to the creek were very successful. 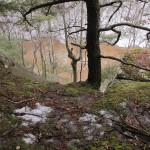 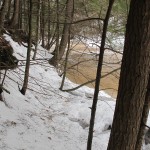 Most of the trees around the cabin were eastern hemlock. 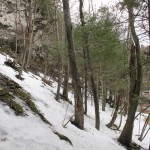 The early tanning industry, circa 1800s, relied on hemlock to provide tannin used in turning animal hide into leather. 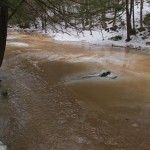 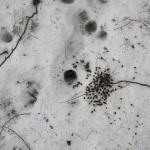 There were many signs of the deer population. 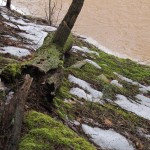 This moss appears to have remained green and bright under a snow blanket. 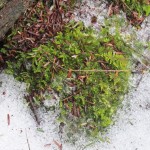 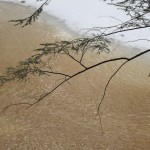 Once the hemlock were used up, the forest-based tanneries were finished. A more modern, even more toxic, tanning process was developed. 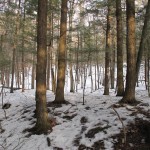 Fieldstone walls and the lack of mature trees indicate this land was pasture not long ago. 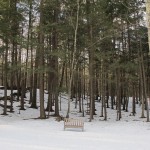