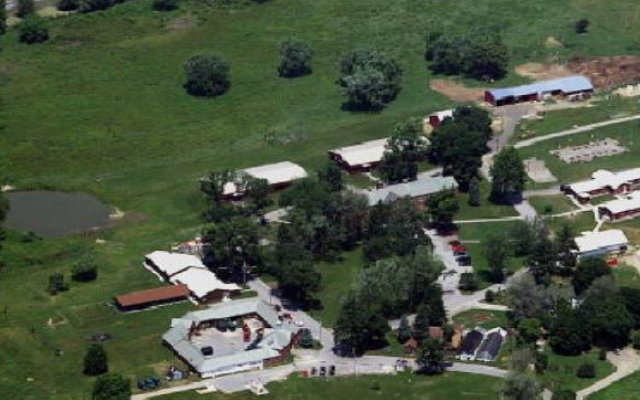 This is the latest update on the status of the former Beacon women’s correctional facility, located just beyond our city’s high school grounds. On Wednesday, December 17th, a number of interested parties toured the site and all the buildings.

For almost a year, a group of citizens affiliated with various community organizations, currently known as the Beacon Prison Reclamation Project, has been looking for ways to bring this 39-acre campus into the best productive use for the citizens of Beacon. The main areas of focus have been farming and light industry, and education and training, all with an emphasis on decent jobs. And as Governor Cuomo said when he formed the 10 regional economic development councils in 2011, the three most important things about local economic development were jobs, jobs, and jobs.

During much of the past year, those working on the project were seeking assistance, some organization or benefactor that the various proposed projects could operate under cohesively. Adding to the difficulty of finding a suitable partner was the fact that nobody knew when exactly the State would issue it’s request for proposal (RFP) to develop the site. The Purchase or Long-Term Lease and Adaptive Re-Use of The Beacon Correctional Facility RFP happened in mid-November.

At seemingly the last minute, a viable partner appeared, in the form of The Doe Fund. This New York City-based organization is in the process of a major expansion, and is interested in partnering with the Beacon Prison Reclamation Project (BPRP) in some way.

The Doe fund sent its top three executive staff to the site visit: George T. McDonald and Harriet Karr-McDonald, who serve as president and executive vice president and are also co-founders, and John McDonald, chief operating officer. Also present was Jason Finder, who is coordinating the Doe Fund involvement in the Beacon site. Also part of TDF planning team was an architect with a green design firm. The Doe Fund will be looking at creating a food hub that will generate jobs consistent with its mission. The Fund has hired two food consultants to work on this project, including  Beacon Reclamation steering committee member Ben Giardullo, who also represents the interests of Common Ground Farm in the project. The Doe Fund will be submitting a proposal. The RFP submission deadline is Thursday, January 15, 2015. Wigwam will report further developments as they occur. 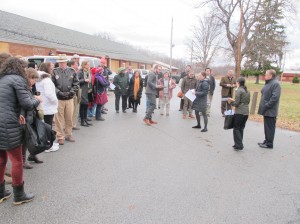 A good number of folks showed for the tour of the former prison. 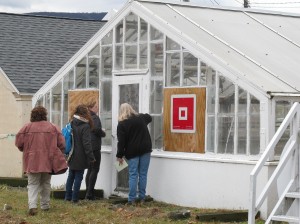 The greenhouse gets a good look from the agriculturally inclined. 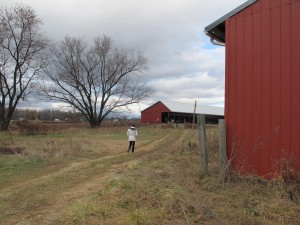 Harriet Karr-McDonald of The Doe Fund heads over to take a look at the steer barns. 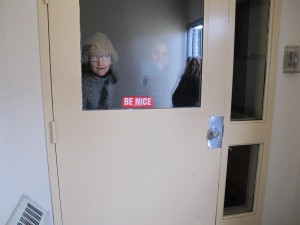 An optimistic sign at the front door to one of the prison bunk houses. 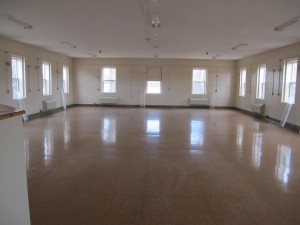 Two almost identical open space rooms are located on opposite sides of the second floor of the main building. 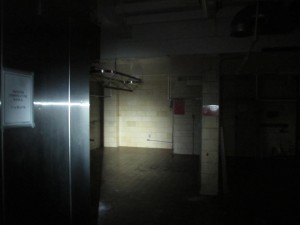 With no power or heat, and considering it was a prison, viewing conditions were less than cheery. This is the institutional kitchen in the main building. 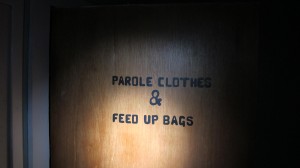 Hand lettering on doors was a feature in all the buildings.

Here is a basic outline of potential needs from some of the community groups that was submitted to The Doe Fund by the BPRP just prior to the site visit:

For the Fiber Mill Project:
For Agricultural Use:
For the Youth Education Program:
Other Uses of Buildings/Land

3 Responses to The Beacon Project