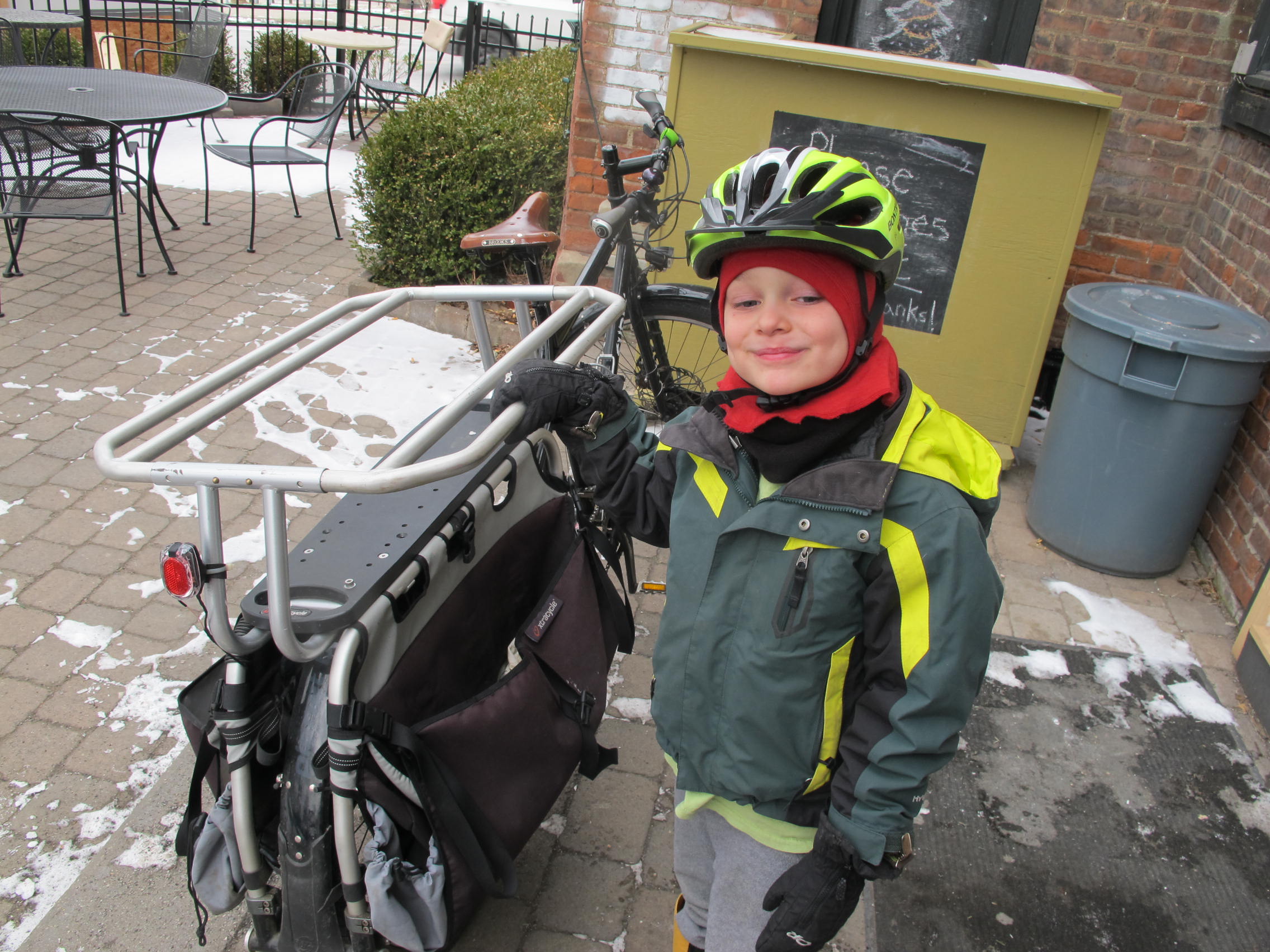 Why Bicycling in the Winter Sucks

There are not many circumstances that can put me off bicycling. This winter is one of those rare instances. But it’s not for the reasons most would think. The biting cold? Once you know how to dress, it’s preventing overheating that can be the problem—with the possible exception of feet. But my commute is right about 7 miles, which isn’t long enough to make that an issue. For around town riding,  temperature rarely presents an obstacle.

And it’s not the dirt and grime and slush on the roadway. You can keep most of that off your clothes with a good pair of fenders. Darkness? Nope. Whether you choose a system based on rechargeable batteries or one that generates electrical power from a dynohub on the front wheel, you can see and be seen just like any other vehicle on the road.

Even the copious amounts of snow we’ve had this year are not actually the problem. For example, in some cultures riding your bicycle to work or to go shopping or visit a friend is not a big deal:

With the proper equipment, such as a fat bike, or a mountain bike with studded tires, almost any road conditions are passable on a bicycle. The guy in the video below is from Minnesota. He used studded tires:

Ultimately, the problem isn’t even the inattentive drivers on the road, still texting and speeding despite the adverse conditions. That is a symptom. The real problem is that our transportation system is what Ivan Illich, in his book Energy and Equity, calls a radical monopoly. He uses the transportation system to make his case for the severe consequences of energy overconsumption:

Any industry exercises this kind of deep-seated monopoly when it becomes the dominant means of satisfying needs that formerly occasioned a personal response. The compulsory consumption of a high-powered commodity (motorized transport) restricts the conditions for enjoying an abundant use value (the innate capacity for transit). Traffic serves here as the paradigm of a general economic law: Any industrial product that comes in per capita quanta beyond a given intensity exercises a radical monopoly over the satisfaction of a need. Beyond some point, compulsory schooling destroys the environment for learning, medical delivery systems dry up the non-therapeutic sources of health, and transportation smothers traffic.

This radical monopoly creates what, in an earlier passage, he calls the habitual passenger, a creature that takes shape under the industrialization of transport, with its attendant increases in speed, which warps our sense of time and space:

The habitual passenger cannot grasp the folly of traffic based overwhelmingly on transport. His inherited perceptions of space and time and of personal pace have been industrially deformed. He has lost the power to conceive of himself outside of the passenger role. Addicted to being carried along, he has lost control over the physical, social and psychic powers that reside in man’s feet. The passenger has come to identify territory with the untouchable landscape through which he is rushed. He has become impotent to establish his domain, mark it with his imprint and assert his sovereignty over it.’

Now this may all sound highly theoretical and even utopian or silly, just as it probably did in 1974, when it was first published. But that is because of our equally deeply entrenched cultural myth of eternal progress. Nevertheless, we’ll bring it back to the current consequences of this radical transportation monopoly and how it is screwing with my ability to get to work.

The main obstacle is the Newburgh-Beacon bridge, and the fact that the pedestrian-bicycle path is essentially a recreational convenience. Because it is only open from dawn to dusk, I am compelled to use intermodal means on my return journey home from work in the winter evenings. This has involved boats and buses, but these are either no longer running (ferry, due to river ice) or dangerous to access (buses do not stop near my work, and roads to the stop locations can be hazardous even without snow and ice on the shoulders.)

For the last several weeks, I’ve been relying on friends to catch a lift or borrow a car from, or resorting to the occasional taxi ride. My goal is to be back to daily cycling by March 1. I will also restart Wigwam’s Bicycle People of Beacon series at that time, along with tips and advice for getting around by bicycle in our city. Meanwhile, as we all wait for a slight rise in temperatures, here’s a bit of inspiration from your fellow citizens:

2 Responses to Why Bicycling in the Winter Sucks