While Windows on Main Street version 10 (aka WOMSX, which reads like a radio station call or radical women’s group), is set to kick off on August 9, several of Beacon’s walls got a makeover this past weekend, courtesy of artists Amanda Marie and X-O, aka Mando and Hyland. The works, on the side of the Beacon Natural Market (Amanda) and on the plywood across the lot where the new hotel is slated to go (Hyland), are not in that project officially, but are part of Beautiful Times, the duo’s summer art tour. Hyland had worked previously with Dan Weise of Open Space, and when they asked him if they could make Beacon a stop on the tour, he helped set it up. Next stop, Philly.

Both artists employ a mix of familiar graphic vocabularies and neutral, pastel-based color palettes. Amanda’s mural on the side of Beacon Natural is from her campfire series. She uses stencil and mid-century children’s style graphics to combine domestic images with wilderness objects and scenes, provoking a viewer to make connections or experience a reaction while avoiding heavy-handed guidance or calculation. “I look at some of the arrangements and it makes me laugh,” said the artist several times, which illuminates what appears to be her light-hearted approach. Hyland’s use of wood, paint, and metal with geometric symbols creates a more purely visual response, but shares an underlying aesthetic. How could we not like a mural that evokes Native American symbols, or one with a wigwam in it? Thanks for beautiful-timing our walls! 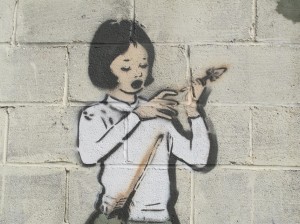 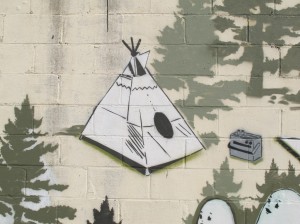 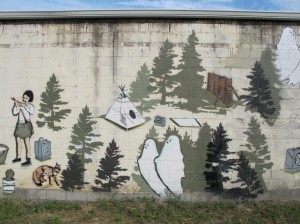 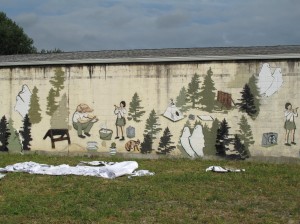 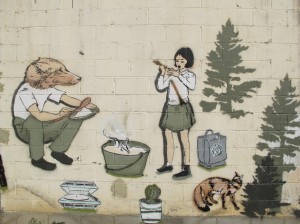 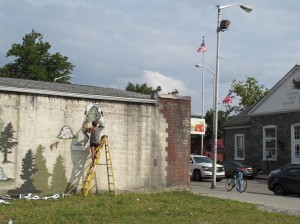 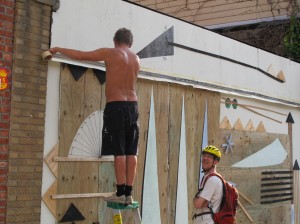 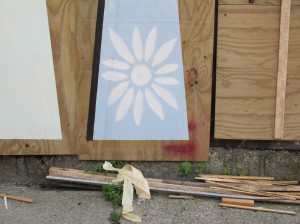 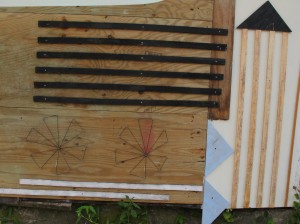 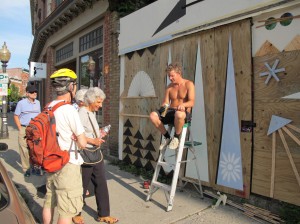 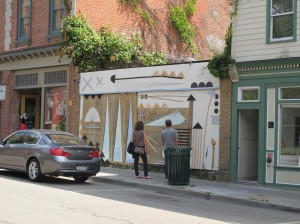