Beacon Set to Develop Another 40 Acres

We are also losing potential small businesses and light industry to Newburgh and other Hudson River cities, as most of our old industrial space is no longer available, slated to be developed into hundreds of residential “units.” At the former prison site, there is the potential for a number of local enterprises to operate in the existing structures. Some ideas under discussion include fiber processing, a saw mill, value-added food processing, a local data center, film editing, and metalworking. A municipal food waste compost operation could save the City in waste hauling charges, and also generate income and another local business opportunity.

The City of Beacon has formed committees to study waterfront development, to rezone portions of the city, and to formulate a comprehensive plan. It has also taken out a bond for one million dollars to potentially build a parking lot for 100 cars. It would seem a 45-acre parcel is worth equal consideration, and input from city residents.

Well, here we are again, three years down the road, back at square one. Not necessarily a bad thing. To summarize what happened so far: The State closed a bunch of prisons, including the Beacon women’s facility, and issued an RFP for the land. A community group formed trying to get it as a multi-use business and learning campus. An overall organization with access to good funding was sought, and The Doe Fund stepped forward. From there it gets murky, with several conflicting versions of what happened to eventually scuttle the deal. I will say there was never enthusiastic support for the plan at the county level. For now we’ll leave it at that, but in a future post, we’ll examine the inconsistencies and alarming statements in the rejection letter sent to the State by a committee of local politicians. 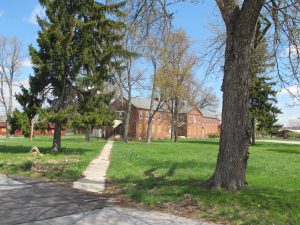 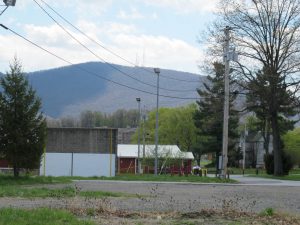 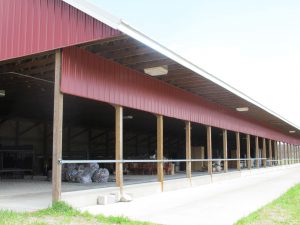 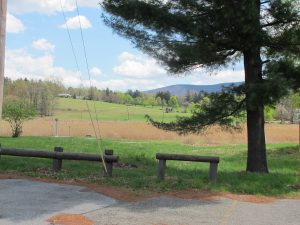 After the failure of the parties involved to resolve differences and move forward, the State issued a Request For Expression of Interest, a kind of preliminary RFP, with the responses used to inform and craft the actual Request For Proposal when that gets re-issued. There were a total of eight responses to the RFEI, which were due Friday, September 15, including one put forth by some stakeholders in the original RFP, without The Doe Fund and one or two others, but with new partners.

While the RFEI is not a formal proposal, we expect the State will move relatively quickly to issue the new RFP. Considering all the development happening in Beacon, most of it residential units by large outside developers who will be taking profits and rent rolls out of our locality, it is more imperative than ever that we speak out and let the State and County know that we as a community would like to develop and control this land for our best use. Right now, the vision in the RFEI we submitted for the site includes an agricultural component, municipal composting, textiles, food processing, and a number of other small business scenarios, as well as a relationship with the nearby high school and the Beacon School District.

Wigwam will look more closely at these components in upcoming posts. We would also invite your ideas, suggestions, and involvement. Please leave your thoughts in the  comment section below. We’ll also be creating a specific email address for this project. There will be several public forums this fall, with the first to be announced shortly. Meanwhile, please read some of the previous posts on this issue for background:

3 Responses to Beacon Set to Develop Another 40 Acres