Beacon Under a Blood Moon

A reminder to Wigwam readers that tomorrow night, Sunday, September 27th, brings us a rare total lunar eclipse of a super moon. A super moon refers to times when the moon is both full and closest to the earth in its orbit, making it appear 14% larger and 33 % brighter than your standard full moon. Aaooooo!

It is called a blood moon when a super moon gets eclipsed because some of the light scattered in the earth’s atmosphere refracts and causes the moon to appear a dark coppery color.

The feature photo above was taken last year. Here are a few shots from around dusk two evenings ago, when the moon was still waxing gibbous. It appears proportionally smaller due to camera lens distortion. Click on a photo to embiggen. 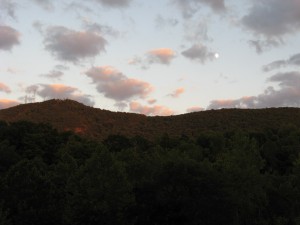 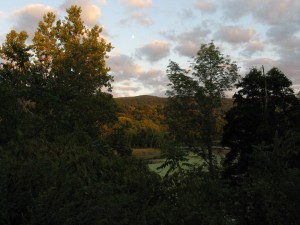 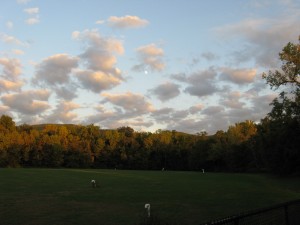