Beacon Under Construction: A New Dawn?

Everyone from developers to highway crews to homeowners has been taking advantage of an unseasonably warm November, working away like busy beavers before the snows and frigid temperatures force them into hibernation for the winter.

Much has been made of the number of “units” in various stages of planning around the city, but until now there hasn’t been much action in terms of breaking ground. That hiatus has ended, with a spate of projects now underway. 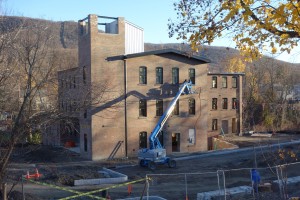 The 6 luxury lofts in the old factory building off Churchill got new windows recently. 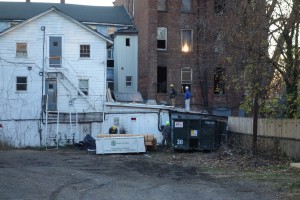 A work crew has been busy gutting parts of the old hotel across from the Beacon Theater. 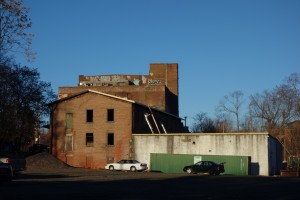 Just across from the Churchill project, the Hudson Valley Brewery is being transformed day by day. Roof repair work has begun. The new city parking lot is in the foreground. 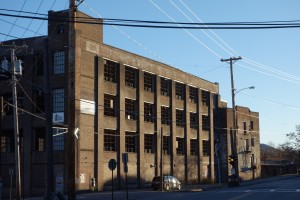 After several announcement dates came and went, the old Unico building has now been stripped of its artwork and temporary windows. The eerie glow of nighttime security lighting is another sign of imminent reconstruction.

The main contractor for the city’s road and sewer repairs, Sun-Up Enterprises, Inc., has been all over town in the past month. 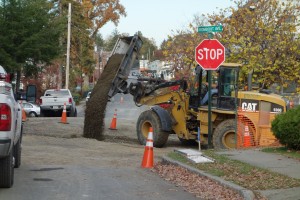 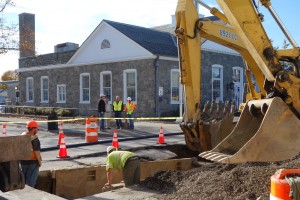 The mayor looks on as a Sun-Up crew repairs infrastructure under Main Street earlier this month. 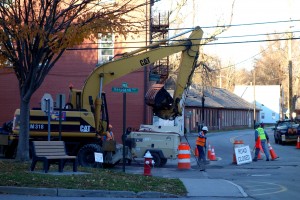 Another main artery, Verplank, also went under the backhoe.

In the single family home sector, new roofs, winterizing, and interior spruce-ups for the holidays are also on a tear in anticipation of less hospitable weather conditions.

Beacon homes are getting attention, too, from bathtub redos… 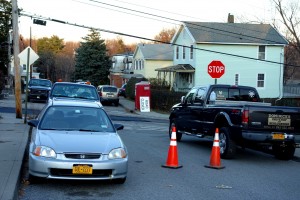 ..to porch repairs, and lots in between.

Meanwhile, on the outskirts, other entities are getting in some building of their own. 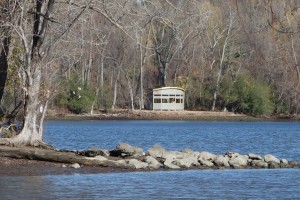 Observant Metro North riders have spotted this new structure from the train. 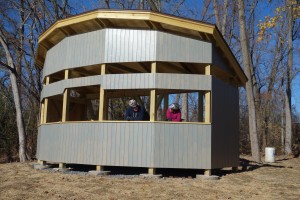 It’s billed as a bird watching sanctuary, although the Denning’s Point trail itself is closed during the prime eagle-roosting season, from December to March. 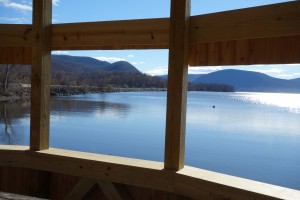 It features expansive views of the Fishkill estuary… 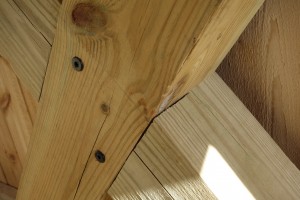 …and an attractive, quasi-post and beam construction. 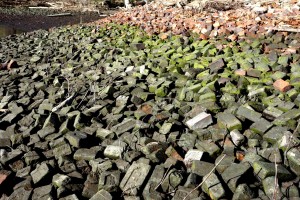 Though there were plenty of other building materials nearby. 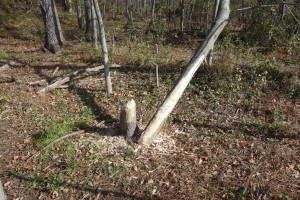 Meanwhile, some construction has been happening without the proper permits. 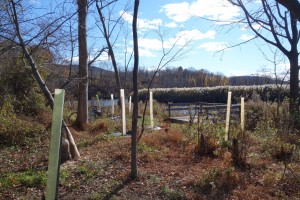 Scenic Hudson is no doubt worried that this project will take a bite out of its native plantings project on the creek shoreline. 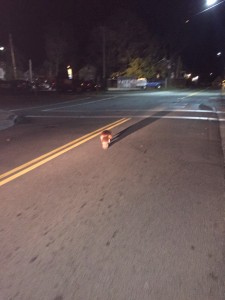 The developer was seen leaving the Dogwood under furtive, and somewhat unsteady circumstances. It was later discovered he was on the way to a Zoning Board of Appeals meeting where, much to the chagrin of Scenic Hudson, all his variances were granted without question. 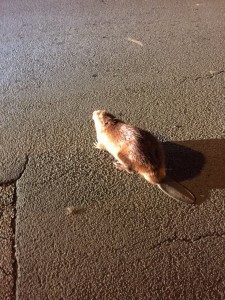 Stayed tuned for a look at what all this means for our little former mill city on the big river, as Wigwam continues to examine the issues, including ongoing infrastructure costs, the impact of these various projects, and how they do or do not not benefit the community. As we head further into economic hard times, are we using our resources—time, treasure, talent—in the best way possible?

The Fiasco Known as The Zoning Board of Appeals

What’s Up With Our Water Usage?

Bike Beacon Gets a Mini Grant

Plus a year-end wrap up of the best and worst of Beacon. And the 5 things Beacon can do right now to prepare for 2016.

One Response to Beacon Under Construction: A New Dawn?