The long-awaited connection between Denning’s Point and Madame Brett Park has been graded and paved, and looks ready to go as soon as the fencing installation is completed. This linkage will have many benefits, including helping to complete a scenic bike loop of Beacon, from the storefronts of Main Street to the train station, Long Dock Park and the Klara Sauer trail along the Hudson, to the winding path following the Fishkill Creek and then onto Tioranda to Route 9D and back to Main.

It will also provide a traffic-free and relatively flat alternative route to the train station, particularly for cyclists coming from the southern and eastern parts of the city.

The linkage was funded in part by the City of Beacon, in lieu of paying large fines for allowing raw sewage into the Fishkill Creek. Which makes the connector trail’s location, just south of the City’s waste water treatment plant, somewhat ironic. 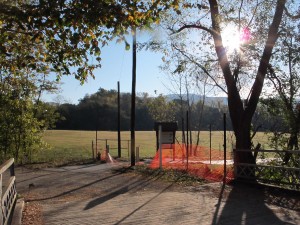 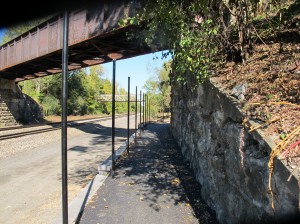