Earlier this week Beacon’s planning board issued a Certificate of Appropriateness for a new gas station on the western end of town at the intersection of Main Street and Cross Street. Because the station will be in an historic district, the certificate was a required first step. The final site plan approval process “will be very strict” according to planning board president James Scheers, who nevertheless said he was encouraged by the early designs, which depict a modest brick-like structure with a total of three gas pumps in two separate bay areas. “The pumps are historically accurate reproductions” said Scheers, “but will house state of the art digital pump technology along with smart phone point payment systems.”

Other high tech features that will be incorporated into the new station include a fully automated convenience store section and vehicular elevators. “This is the same type of feature being proposed in the new 50-unit Riverview on Beekman,” explained council member at large Lee Kyriacou, who was initially concerned about lines forming for gas in the historic neighborhood near some of his properties. “But with the vehicle elevators, the cars waiting in line just disappear under the ground until it’s their turn at the pump. It’s like they don’t exist! Apparently these systems are very big in Tokyo.” The fact that neither Kyriacou nor any of the other council members could explain how exactly this worked in practice did nothing to dampen enthusiasm for the concept.

Another big supporter was Charlotte Guernsey of Gatehouse Realty. Although unable to attend the zoning board of appeals meeting held in February because one of her mini-donkeys at Lambs Hill, her farm/wedding business on Mt. Beacon, had come up a bit lame, she sent in a letter of support:

I think this project will only positively affect Beacon with healthy growth and enforce a strong local economy moving forward.  By having a design that complements the character of the historic site as proposed here, we create a place that is different and exciting. The quaintness of Beacon’s Main St. and mill buildings are part of what has put Beacon on the map. Let’s continue in that direction! Because the proposed new construction is on the opposite side of town from my property, from my vantage I am not concerned about it. The site, basically a weedy so-called garden run by teenagers, has been an eyesore for years. I am very excited for the changes to come.

The developers, Retropetrol LTD., a new division of LegoLand, had some initial hurdles to get over, according to spokesperson Julie Estrada. “We needed a few variances, but we knew the zoning board was full of cream puffs and lap dogs.”

The problem was that not even a board as lax as a box of laxatives could find a way around some of the restrictions imposed in the historic zones. The  big break came when Estrada, while lunching at Beacon Pantry with building inspector Tim Dexter, casually mentioned that the service station, in addition to the normal convenience foods like milk, beer, scratch off, and cigarettes, would also contain a small artisanal cheese shop. Dexter looked up from his Croque Monsieur with a side salad and mentioned an obscure law from 1964 that exempted fromageries from any zoning requirements anywhere, with the only caveat being that they must carry at least one cheese produced locally, and that any establishment that dedicated at least 7 square feet to the local, hand-made cheese would be considered a cheese shop and not whatever it really was.

Estrada immediately got in touch with Guernsey, who agreed to add a small flock of sheep to Lambs Hill Farm. (It only makes sense, right?!) “Our first offering will be a classic Spanish Manchego made, of course, from ewe’s milk,” said Guernsey, who played down any suggestion that her appeal to the zoning board in behalf of the proposed cheese and gas establishment might be a conflict of interest since she is now officially partnering with the LegoLand project. “This is about quaintness, pure and simple.” 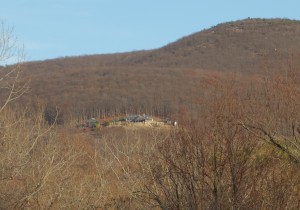 LegoLand’s Estrada agreed, saying that, while the company was known for its large-scale, obnoxious and meaningless kiddie parks around the world, it was looking to branch into equally meaningless, smaller-scale, irritating projects targeted to a more mature audience. “We’re calling the sector Adult Artisanal for now,” said Estrada. “If this whole regional local thing turns out to be more than a passing fad, we want to be in on it from the ground floor.”

In addition to the regular convenience offerings and the cheese, the station will also offer massages, tattoos, and eyelash extensions. “We also have plans for a small amusement arcade. Of course we will follow the local code governing these establishments. Oh, wait,” she laughed good-naturedly. “We don’t have to!”

Like the parent company’s LegoLands, gas station employees will be known as Model Citizens. They will be dressed in old-fashioned gas station uniforms. “In this case, of course, they won’t actually pump gas, but customers can have them fetch snacks or wipe off their smart phone screens,” Estrada explained. “Our legal team is fighting the minimum wage increase in New York State in order to offer this important service.”

Aryeh Sieigel will be the architect for the project. He was excited to be working with a new material, though he did anticipate some challenges ahead. “The newer Lego blocks are much smaller than when I was a kid, and there are a lot more moving parts and doodads. But since I will be essentially the one making the instructions, it should work out fine.”

Council persons Mansfield/Ross issued a joint statement. The George part said “I like this design, because it helps obliterate the false dichotomy between old Beacon gas stations and new Beacon gas stations. Let’s all learn to play Lotto together.” The Peggy part has asked the mayor to form a Lego committee.

Reaction on the street was mixed, with most citizens feeling it would have been better to turn the Green Teen garden plot into a parking lot where you would be paid to park your car. One fellow, who asked to remain anonymous but runs a small insurance practice in town, said that it was about time we got another gas station. “Now I won’t be forced to drive down Main Street with my child in fear of running out of fuel and visitors will no longer have to drive half way through town in search of gas or cheese doodles,” said the man. “I just hope that the talk I hear of turning the Howland Center into a Hess station is true, so that people on the east end of town don’t continue to suffer unduly.”